Starting to feel bullish ... for a trade 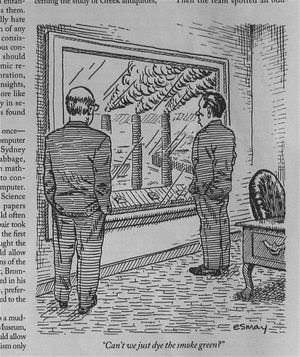 (Waiting for that whoosh early in the day and high volume at the end ... only for a trade. -AM)

The U.S. recession, now in its 15th month, will probably continue well into 2010 or beyond, several prominent economists wrote in today’s New York Times.

“I find it quite easy to imagine two consecutive years of contraction,” Niall Ferguson, a financial historian at Harvard University, said in one of 11 assessments by economists. “I don’t rule out two more lean years after that,” he said.

Any “whiffs of growth” this year “are likely to herald a false dawn” because of the poor financial condition of consumers, wrote Stephen Roach, chairman of Morgan Stanley Asia. He predicted the economy won’t begin to expand again until late 2010 or early 2011.

“Housing must hit bottom at some point,” said Blinder, an economics professor at Princeton University.

Falling prices will restart growth, according to James Grant, the editor of Grant’s Interest Rate Observer.

“Today’s low prices, painful though they may be, are the market’s own shovel-ready stimulus,” he wrote. “Before you know it, the stock market and the residential real-estate market, too, will be on their way back up again.”

Still, any recovery will be anemic, many of the economists said.

“While the technical recession could be over by the end of the year, the broader credit cycle will likely remain a significant drag on economic activity well into the next decade,” said George Cooper, author of “The Origin of Financial Crises: Central Banks, Credit Bubbles and the Efficient Market Fallacy.”

After severe banking crises, an economy usually takes four years to return to its previous peak in personal income, according to Carmen Reinhart, an economist at the University of Maryland.

Nouriel Roubini, the New York University professor who predicted the current financial and economic crises, said the recession may last a total of 36 months. It’s possible, he wrote, that the slump, instead of following a typical “U” shape back toward growth, “may turn into a more virulent L-shaped near depression.”
Posted by Anonymous Monetarist at 5:54 PM