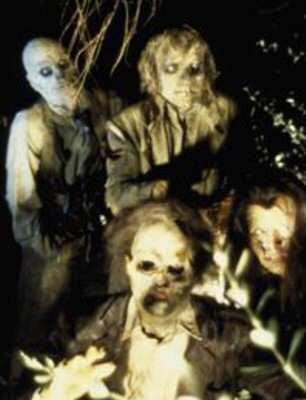 Most of the noise about the S&P 500 dividend yield exceeding that of the 10-year Treasury yield for the first time in half a century has died down.

Partly this is because we're becoming accustomed to Treasury yields forcibly anchored at low levels. And pointing to epochal shifts in equity valuation has lost its ability to raise eyebrows. (Did you know the free-cash-flow yield on the S&P based on 2008 results and 2009 forecasts is 7.5%, according to Morgan Stanley?)

Yet the fact that dividend payouts will surely continue falling must also be squelching the breathless talk of stocks' yield bounty. Few recognize that a market exists in dividend swaps, in which large institutions effectively buy and sell income streams based on their view of dividends to be paid by large companies a decade into the future.

This market is pricing in a bleak outlook for income from common stocks many years hence. This month the swaps market is implying that dividends for the S&P 500 companies would fall to $20.28 per share in 2009 from the $28.39 paid in '08. Then the market is foretelling a further 24% 2010 drop.

If the swaps market is remotely correct, then next year the S&P 500 will yield something close to 2% of today's index value, versus the current stated yield of 3.6%. This is alarming given that more than a third of total equity-market returns since the late 1920s has come from dividends rather than share-price gains.

David Kostin, strategist at Goldman Sachs, concurs that dividend streams are destined to become scarcer, but his forecasts for the decreases isn't nearly as dire as those of the swaps market. He figures 2009 dividends will total $22.17 a share, then ebb by a few more cents in 2010 before beginning to rise, slowly, thereafter.

The discrepancy between strategists' outlook for dividends and that of the swaps market can be partly explained by hedge funds' deleveraging and risk-reducing habits these days. These are the players that would come in and "buy" the dividend curve when it got out of whack.

But no matter the degree of payout reductions, it's clear that yield-seeking investors need to take care in selecting stocks for that purpose. (Beware the yield-eating zombies!-AM)
Posted by Anonymous Monetarist at 11:08 AM