Sign of the Apocalypse : Carville at a loss for his precious words 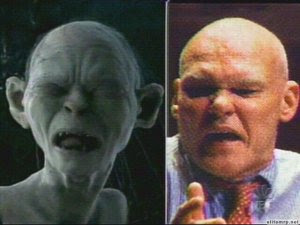 If nature abhors a vacuum, politics abhors complexity. There has been much discussion and some angst in the press lately about President Barack Obama’s supposed communication breakdown during the financial crisis. The breathless reports convey the impression that he has lost his communication skills altogether. One headline admonished: “Obama struggles as communicator.”

The essential problem is not how good a communicator he is but the complexity of what he has to communicate.

Mr Obama had a relatively easy time communicating the value of the recent economic stimulus package. After all, we know what bridges look like. We use them every day. And we know that repairing infrastructure creates jobs.

The same cannot be said, however, about the banking crisis that has handcuffed the US and world economies. It is impossible to break the explanation of the crisis into a sound bite or image. As someone who has prided himself on being able to reduce complex problems to simple messages, I am totally stumped by derivatives.

It is not that Mr Obama is not communicating as well; it is that what he is communicating is too complex to reduce to simple words, especially when in the last 40 years, the length of a TV soundbite has dropped by 40 seconds. That being said, try this experiment. Contact an engineer and ask him what a bridge is. Or contact a doctor and ask what surgery is. Then walk into your local bank and ask your friendly banker what a derivative is.

(No need to go into the local bank Mr. Carville this humble blogger can explain what a derivative is in a 40 second soundbite. Ready? Here we go....

DERIVATIVES ARE SPECULATIVE BETS. INVESTORS BET THAT EITHER THE VALUE OF THE DERIVATIVE WOULD ALWAYS GO UP OR BOUGHT INSURANCE BETTING THAT THE VALUE WOULD GO DOWN. HOWEVER NO ONE REGULATED THESE BETS SO THE AMOUNT OF BETS GREW TO BE LARGER THAN THE SIZE OF THE WORLD ECONOMY.

THE RESULT WILL PROBABLY BE A WICKED INFLATION THAT WILL ROB FUTURE GENERATIONS.

THANK YOU DRIVE THROUGH. -AM)
Posted by Anonymous Monetarist at 11:24 AM