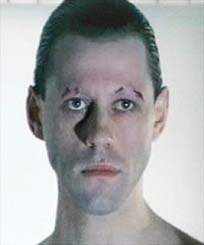 Sir Gus O'Donnell is usually very guarded about his comments

He has a reputation for being the archetypal senior civil servant professional, unflappable, and, above all, discreet.

But Sir Gus O'Donnell risked sparking a transatlantic tiff today with an imprudent remark about Downing Street's relations with the White House.

The head of the civil service, Sir Gus said the handover to President Barack Obama's administration was severely hindering preparations for next month's G20 summit.

In an extraordinary blunder, the usually-guarded Sir Gus said no-one in the U.S. Treasury department was answering telephone calls.

He said it meant the Government was finding it 'unbelievably difficult' to hold discussions ahead of the meeting of world leaders in London.

Even though the world was in the grip of the worst economic crisis in decades - top of the G20 agenda - Number 10 was having trouble getting in touch with key personnel, said the Cabinet Secretary.

'There is nobody there,' he told a civil service conference in Gateshead.

'You cannot believe how difficult it is.'
Posted by Anonymous Monetarist at 2:42 PM