Marky Mark the spot price with a smiley face 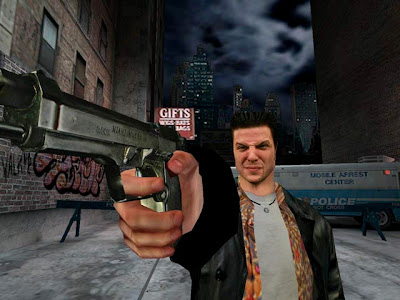 (Prelude to the upcoming G-20 shrimpfest? -AM)

Two U.S. lawmakers want to create a regulatory panel that would be able to suspend accounting rules such as the fair-value standard that financial companies have blamed for worsening the global credit crisis.

The panel, taking authority the SEC now has, would “give discretion to the regulators to consider the overall condition of the financial market,” Leslie Oliver, a spokeswoman for Colorado Democrat Perlmutter, said in an interview today. The Financial Accounting Standards Board, the SEC-supervised group that sets U.S. accounting rules, takes a “narrower approach,” she said. Lucas is an Oklahoma Republican.

Citigroup Inc. and the American Bankers Association say the fair-value rule, which requires companies to write down assets to reflect market value, doesn’t work in illiquid markets. Fed Chairman Ben S. Bernanke, who would lead the proposed panel, said on Feb. 25 that fair-value is “a good principle” that can be improved. Treasury Secretary Timothy Geithner has said the rule enhances the transparency of company balance sheets.

“The current framework for accounting oversight, though well-intentioned, has proved inadequate and must be fundamentally revised,” Edward Yingling, the ABA’s president, said in a statement today. The new panel would “help address systemic risks that accounting standards can have on the economy,” he said. The ABA has asked regulators to ease the fair-value rule.

By including the chairmen of regulators other than the SEC, the oversight board would “broaden the perspective” used to evaluate accounting rules, Oliver said. The board would submit reports to Congress at least once a year.

“This sounds like someone is not happy with some of the standards we have and maybe this is an indirect end-around to try to get them changed,” Charles Mulford, an accounting professor at the Georgia Institute of Technology in Atlanta, said in an interview today. “I think this would make standard-setting more political, which is a step in the wrong direction. And those regulators have enough to do without overseeing accounting.”

The SEC in a December report rejected calls to suspend fair- value, also known as mark-to-market. The agency said the rule should be improved and “did not appear to play a meaningful role” in bank failures last year.
Posted by Anonymous Monetarist at 11:54 AM