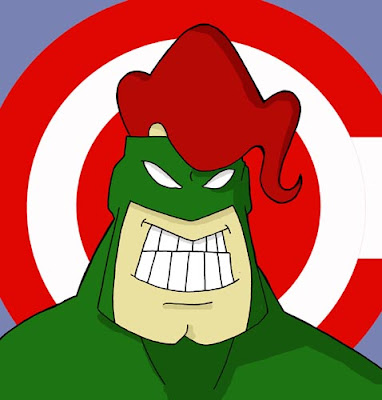 Feb. 28 (Bloomberg) -- The U.S. government’s third attempt to help rescue Citigroup Inc. won’t stanch the company’s losses, which will continue to swell and may lead the bank to require more money in coming months, analysts said.

Goldman Sachs Group Inc.’s analysts, led by Richard Ramsden, recommended that investors avoid Citigroup shares because “it is unclear whether this is the last round of capital restructuring, which means that existing equity may be further diluted in the future.”

“Citi will face a tough credit cycle in the next two years, which will likely result in weak and volatile earnings,” S&P analyst Scott Sprinzen wrote in a statement. “We cannot rule out the possibility that further government support may prove necessary.”

Charles Rangel, a Democratic congressman from New York who serves as chairman of the House Ways and Means Committee said, “It seems like with the banks it is a never-ending thing.”
Posted by Anonymous Monetarist at 7:03 PM

Dear Site Owner,
My name is Caren.
We would like to say that your blog is well-written and it contains lots of useful and up-to-date information.
We really got interested in your web resource anonymousmonetarist.blogspot.com/
and we would like to cooperate with you in future.
Our website is devoted to credit cards and it's at the top 10 in Google for the keywords 'credit cards'.
It's a high traffic site with PR4 and it contains loads of useful financial information presented in news and articles
that highlight the most much-talked-of issues such as credit cards, debt solutions, financial crisis, ways out of it, and many more.
We believe this information can awake interest in your guests as well.
We would like to purchase some links at your site.
We thank in you in advance for your cooperation.
Best regards,
Caren.
caren@acclaimnetwork.com

Appreciate the interest however I do not anticipate adding advertisement links.