Whitney dunks on the bandit 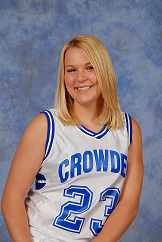 Citigroup will have to sell more of its assets to stay in business, well-known banking analyst Meredith Whitney told CNBC Tuesday.

Whitney made her comment after being asked about Citi's Chief Executive Vikram Pandit saying he was confident about the troubled bank's survival prospects.

"Citi's capital position is stronger relative to how it was," said Whitney. "But I wouldn’t call it strong."

Whitney, who is founder of Meredith Whitney Advisors, said that the bank has exposures across the board and said that "I'm not optimistic about them."

"Trillions of dollars of loans have been mispriced by Citi", said Whitney. "By my math, they don’t make money in any of their businesses."

Whitney says Citigroup will be forced to sell their "crown jewels" if they are going to get any more bailout money from the government. "They're going to have a 'yard sale.' They will be a smaller and less of an international business going forward," says Whitney.

On the topic of keeping mark-to-market rules, Whitney said that it's basically a non-factor and that the damage has already been done. Whitney says that the banks don't want to have it suspended because if for some reason, the market comes back "they don’t get the benefit of the newer market.
Posted by Anonymous Monetarist at 5:24 PM