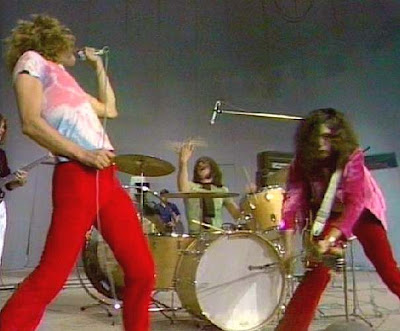 Sam: How about we all spend more money?

Euro: How about we do a bunch of global regulation?

Sam: No need we've proposed enough new regulations - see, read these speeches - no need for more just coordinate with us - did you read those speeches? Seriously ... let's spend more money.

By Alan Beattie in Washington and Tony Barber in Brussels
March 10 2009 02:00
Financial Times

European ministers said yesterday they had no plans to add to recent fiscal stimulus packages despite calls from the US for radical expansions in government action to boost ailing economies.

Meeting in Brussels, finance ministers from the countries in the eurozone said they wanted first to see the effect of stimulus packages that had been passed. Peer Steinbrück, the German finance minister, said: "We are not debating any additional measures."

He said that Germany had recently passed a second stimulus package worth €50bn ($63bn, £46bn) and was also counting on the automatic fiscal stabilisers that increase government spending in a downturn.

Jean-Claude Juncker, chair of the "eurogroup" of ministers, said: "The 16 finance ministers agreed that recent American appeals insisting Europeans make an added budgetary effort were not to our liking."

Lawrence Summers, senior economic adviser to Barack Obama, US president, told the Financial Times recently that the Group of 20 countries should agree to boost government demand. Yesterday Christina Romer, chair of the White House Council of Economic Advisers, said: "The more that countries throughout the world can move toward monetary and fiscal expansion, the better off we will all be."

But European ministers are concerned that building up more government debt would threaten the stability of the eurozone and say that they want to assess the effects of spending boosts that have already been passed before considering more. The US Treasury declined to comment on their remarks yesterday.

The G20 finance ministers meet near London this weekend amid deepening gloom over the world economy. A new European Union policy paper, due to be approved by finance ministers today, calls the prospects of a return to economic growth next year "highly uncertain".
Posted by Anonymous Monetarist at 1:11 PM