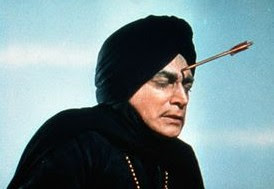 (I betcha that third month is going to be a doozy. BWAHAHAHA. Oh and by profitable they mean not including writedowns.Well ya know never let the disclaimer get in the way of a good rally. Seriously, wouldn't every Wall Street bank have been able to show profitability through 2007-2008 if they didn't have to include those pesky writedowns?-AM)

Chief Executive Vikram Pandit said the bank had been profitable in the first two months of the year, according to an internal memo the New York Times said it had obtained.

Citigroup could not immediately say whether Pandit's memo was genuine.

The memo also said that the bank was confident about its capital strength after it had done its own stress tests, using assumptions that were more pessimistic than those of the U.S. Federal Reserve.

The newspaper published the memo, which was accompanied by speaking notes, on the DealBook section of its website in a post dated March 9.
Posted by Anonymous Monetarist at 12:51 PM