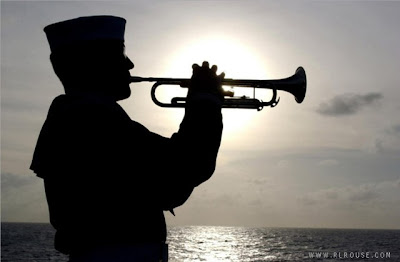 (Citizen King serves up the Geithner plan with a side of hemlock. Other than Grant's Interest Rate Observer his newsletter IMHO is the best on the Street. Link is to the right, if you can afford it...he is a must read.-AM)

Geithner’s plan effectively creates ‘calls’ on banks’ toxic assets. The US taxpayer will underwrite losses in this program. The call premium will be the private equity risk; the buyer gets the upside appreciation. The taxpayer provides the funding/leverage.

Bill Gross sees private investor risk of 4% to 5%. This is the call premium for the toxic assets.

Let’s think through this plan and the probable consequences.

We know that the US government and Fed desperately need to foment massive asset inflation to avert collapse of the US’s dysfunctional financial and political systems. History is clear that government will do whatever is necessary to survive, including tramping on anyone & everyone.

The US’s founders articulately and clearly warned of this inevitability.

The Fed avers that it will remove the record credit before inflation becomes a problem. This is bogus for several reasons.

For the past eight decades the Fed’s principal role has been to paper over (inflate) profligate US spending of both the public and private sectors. With the exception of Martin and Volcker, Fed chairmen err greatly on the side of inflation.

The Fed is trying to engineer massive asset inflation while holding general price inflation to a benign level. When has the Fed ever, with the exception of Volcker, been able to forecast or time big picture variables correctly?

Most importantly, general price inflation has already returned to the marketplace. After a couple months’ decline, PPI and CPI are increasing at a faster rate than forecast. When hasn’t asset inflation produced an increase in general inflation, especially the necessities of life?

Now back to the plan. Everyone knows that solons are trying to engineer massive asset inflation. So if we are running a bank why would we sell any asset that has a chance to reflate?

Most call buyers do not intend or wish to own the underlying assets. They are interested in a levered gain. So even if the toxic assets are inflated enough in value to produce a gain for the ‘call’ buyers, what patsies will appear as a dumping ground for the call buyers?

Geithner’s toxic asset scheme is a repo with a call option. And unless end-user patsies appear at some point, the toxic assets will return to sender and the US taxpayer.

We are in this mess due to excess derivatives and leverage. Ironically or absurdly, Geither’s toxic asset plan & solution (TAPS) creates a derivative on derivatives (toxic paper) and increases the leverage on levered toxic assets! You can’t make up stuff like this.

BTW, why buy big banks stocks when you can buy calls on their toxic assets with only 4% to 5% downside and an estimated 10 to 20-fold upside gain?

Did solons ensure that the stock market responded positively to the plan? Monday’s market had that ‘Touch of Rubin’ that used to appear during Clinton’s reign. Back then if an ugly report would fell bonds or stocks almost immediately ‘impact buyers’ would appear and stocks or bonds would soar. (Pit traders would shout ‘Rubin, Rubin’ when this occurred.)

Forcing a beneficial market reaction before the market can vote ensures that the financial media and pundits will ignore any negatives and propagate a positive rationalization.

In other words, if one creates a rally after an event or report, most people will spin or view the occurrence as a positive without regard to analysis. We would not be surprised if that transpired yesterday. PS - Pit sources say JPM was a huge SPM buyer, including 1k at the NYSE close.

Unfortunately for solons their expediency just delays the inevitable negatives. Solons have created extremely positive expectation for the TAPS. If the scheme does not go exceptionally well, the consequences will not be pretty…BTW, $1 trillion is not nearly enough.

The first TAPS auction will probably go well because solons will exert intense pressure on the community to play nice. Entities that are already adjuncts of the Fed or Treasury, like PIMCO and Black Rock, will be subjected to enormous pressure to stand and deliver.
Posted by Anonymous Monetarist at 1:52 PM