In search of Goldilocks 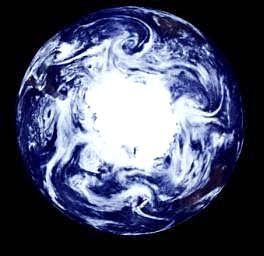 A new NASA spacecraft known as Kepler will spend the next three-and-a-half years looking for planets that could serve as stand-ins for Earth.

Kepler, a sophisticated telescope that NASA is scheduled to launch on Friday night, will keep watch over 100,000 stars similar to the Sun, located near the Cygnus and Lyra constellations.

Kepler will follow Earth's own orbit while tracking these stars, which are between 600 and 3,000 light years away.

It has a 105-degree field of view and will record images with the largest camera ever launched into space.

By watching for dips in brightness that occur when a planet passes in front of a star, Kepler will capture data that will allow scientists to calculate how big these planets are, the size and period of their individual orbits, as well as the mass of their nearest star.

(All that in hopes of finding another planet that is similar to Earth.)

"It's akin to measuring a flea as it creeps across the headlight of an automobile at night," said Jim Fanson, project manager of NASA's Jet Propulsion Laboratory in Pasadena, Calif., when explaining the precision needed for Kepler's work.

That's why Kepler has been made powerful enough, NASA says, that it could see a person in a small town turning off a porch light at night, all the way from space.

What scientists really want to find are planets in Earth's part of the Milky Way galaxy that are in the habitable zone of their nearest star: The planets that are neither too close nor to far from their central star and where liquid water might be present on their surface.

Sometimes these planets are described as being in the Goldilocks zone, because they are "not too hot, not too cold, but just right," said Kepler's principal scientist, Bill Boruki.

Moreover, the US$600 million Kepler mission will help scientists get an idea of exactly how rare these habitable planets are, said Ed Weiler, NASA's associate administrator for science.

"Perhaps we're the only Earth. I think that would be a very bad answer because I, for one, don't want to live in an empty universe where we're the best there is. That's a scary thought to many of us."
Posted by Anonymous Monetarist at 12:12 PM