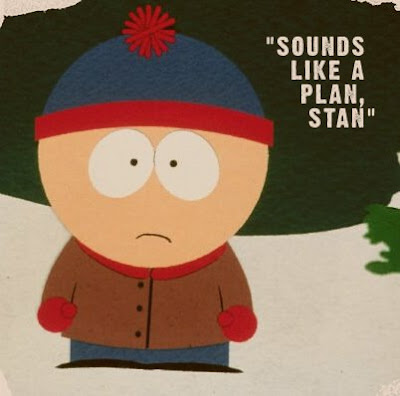 Mark-to-market (MTM) accounting is under fierce attack by bank CEOs and others who are pressing Congress to suspend, if not repeal, the rules they blame for the current financial crisis. The rules now under attack are neither as significant nor as inflexible as critics charge. MTM is generally limited to investments held for trading purposes, and to certain derivatives. For many financial institutions, these investments represent a minority of their total investment portfolio. A recent study by Bloomberg columnist David Reilly of the 12 largest banks in the KBW Bank Index shows that only 29% of the $8.46 trillion in assets are at MTM prices. In General Electric's case, the portion is just 2%.

Why is that so? Most bank assets are in loans, which are held at their original cost using amortization rules, minus a reserve that banks must set aside as a safety cushion for potential future losses.

MTM rules also give banks a choice. MTM accounting is not required for securities held to maturity, but you need to demonstrate a "positive intent and ability" that you will do so. Further, an SEC 2008 report found that "over 90% of investments marked-to-market are valued based on observable inputs."

At a recent hearing, bankers said that MTM forced them to price securities well below their real valuation, making it difficult to purge toxic assets from their books at anything but fire-sale prices. They also justified their attack with claims that loans, mortgages and other securities are now safe or close to safe, ignoring mounting evidence that losses are growing across a greater swath of credit.

According to J.P. Morgan, approximately $450 billion of collateralized debt obligations (CDOs) of asset-backed securities were issued from late 2005 to mid-2007. Of that amount, roughly $305 billion is now in a formal state of default and $102 billion of this amount has already been liquidated. The latest monthly mortgage reports from investment banks are equally sobering. It is no surprise, then, that the largest underwriters of mortgages and CDOs have been decimated.

Commercial banking regulations generally do not require banks to sell assets to meet capital requirements just because market values decline. But if "impairment" charges under MTM do push banks below regulatory capital requirements and limit their ability to lend when they can't raise more capital, then the solution is to grant temporary regulatory capital "relief," which is itself an arbitrary number.

There is a connection between efforts over the past 12 years to reduce regulatory oversight, weaken capital requirements, and silence the financial detectives who uncovered such scandals as Lehman and Enron. The assault against MTM is just the latest chapter.

Instead of acknowledging mistakes, we are told this is a "once in 100 years" anomaly with the market not functioning correctly. It isn't lost on investors that the MTM criticisms come, too, as private equity firms must now report the value of their investments. The truth is the market is functioning correctly. It's just that MTM critics don't like the prices that investors are willing to pay.

The FASB and Securities and Exchange Commission (SEC) must stand firm in their respective efforts to ensure that investors get a true sense of the losses facing banks and investment firms. To be sure, we should work to make MTM accounting more precise, following, for example, the counsel of the President's Working Group on Financial Markets and the SEC's December 2008 recommendations for achieving greater clarity in valuation approaches.

The FASB proposal on March 16 represents capitulation. It calls for "significant judgment" by banks in determining if a market or an asset is "inactive" and if a transaction is "distressed." This would give banks more discretion to throw out "quotes" and use valuation alternatives, including cash-flow estimates, to determine value in illiquid markets. In other words, it allows banks to substitute their own wishful-thinking judgments of value for market prices.

The FASB is also changing the criteria used to determine impairment, giving companies more flexibility to not recognize impairments if they don't have "the intent to sell." Banks will only need to state that they are more likely than not to be able to hold onto an underwater asset until its price "recovers." CFOs will also have a choice to divide impairments into "credit losses" and "other losses," which means fewer of these charges will be counted against income. If approved, companies could start this quarter to report net income that ignores sharp declines in securities they own. The FASB is taking comments until April 1, but its vote is a fait accompli.

(So banks will be able to show a profit by not taking mark-to-market write-downs on the 30% of their assets that fall under MTM and underestimating reserves necessary to take against the loans they hold ... by far the majority of their assets.

Banks will declare they were profitable for the first quarter hence equity prices will rise allowing them to raise funds by diluting the commons. Treasury monetization will compress spreads allowing more debt issuance. Of course the banksters can always churn out the synthetic treasuries i.e., FDIC backed... that is if they need more after they use current proceeds to pay back TARP to protect their compensation.

Not being willing to sell loans or incorrectly marked MTM securities the pablum narrative will espouse success as the banksters game the process to show they are moving toxic securities out of the plumbing ...

What could go wrong? -AM)
Posted by Anonymous Monetarist at 11:50 AM