Always look on the bright side of life ... whistling.... 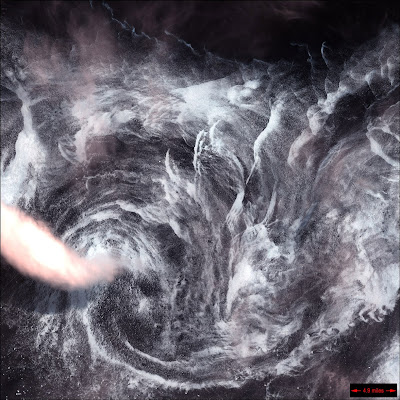 As ordinary citizens with no power over the levers of policy, we watch from the sidelines, and weep. The whole global economy has tipped into a downward spiral. Trade and output are contracting at rates that outstrip the leisurely depression of the 1930s. Debt deflation has simply washed over the drastic measures taken by governments everywhere.

Judging by the latest Merrill Lynch survey of fund managers, investors have a touching faith that China is going to rescue us all and re-ignite the commodity boom. How can this be? Taiwan's exports to China fell 55pc in January, Japan's fell 45pc. These exports are links in the supply chain for China's industry. Manufacturing output in the Shanghai region fell 12pc in January.

My favourite China guru, Michael Pettis from Beijing University, is in despair – as you can see on his blog (http://mpettis.com). The property bubble is bursting. Developers have built more offices in Beijing since 2006 than the entire stock in Manhattan. There is a 14-year supply glut. We have seen this movie before.

This terrifying fall has been concentrated in the last five months. The job slaughter has barely begun. Social mayhem comes with a 12-month lag. By comparison, industrial output in core-Europe fell 2.8pc in 1930, 5.1pc in 1931 and 3.9pc in 1932, according to RBS.

Stephen Lewis, from Monument Securities, says we have been lulled into a false sense of security by the lack of "soup kitchens". The visual cues from Steinbeck's America are missing. "The temptation for investors is to see this as just another recession, over by the end of the year. But this is not a normal cycle. It is a cataclysmic structural breakdown," he said.

Fiscal stimulus is reaching its global limits. The lowest interest rates in history are failing to gain traction. The Fed seems paralyzed. It first talked of buying US Treasuries three months ago, but cannot seem to bring itself to hit the nuclear button.

As the Fed dithers, a flood of bond issues from the US Treasury is swamping the debt market. The yield on 10-year Treasuries has climbed from 2pc to 3.04pc in eight weeks. The real cost of money is rising as deflation gathers pace.

US house prices have fallen 27pc (Case-Shiller index). The pace of descent is accelerating. The 2.2pc fall in December was the worst month ever. January looks just as bad. Delinquenc-ies on prime mortgages were 1.72pc in September, 1.89pc in October, 2.13pc on November and 2.42pc in December. This is the trajectory eating away at the banking system.

Graham Turner, from GFC Economics, fears the Dow could crash to 4,000 by summer unless there is a "quantum reduction" in mortgage rates. The Fed should swoop in to the market – armed with Ben Bernanke's "printing press" – and mop up enough Treasuries to force 10-year yields down to 1pc and mortgage rates to 2.5pc. Monetary shock and awe.

This remedy is fraught with risk, but all options are ghastly at this point. That is the legacy we have been left by the Greenspan doctrine. We are at the moment of extreme danger in Irving Fisher's "Debt Deflation Theory" (1933) where the ship fails to right itself by natural buoyancy, and capsizes instead.

From all accounts, the Fed was ready to launch its bond blitz in January. Something happened. Perhaps the hawks awoke in cold sweats at night, fretting about Weimar.

Perhaps they feared that China and the world will pull the plug on the US bond market. If so, it is time for Washington to get a grip. America remains the hegemonic global power. The Obama team should let it be known – and perhaps Hillary Clinton did just that on her trip to Asia – that any country playing games with the US bond market in this crisis will be treated as an enemy and pay a crushing price.

Pacific allies already know that they cannot take the US security blanket for granted. As for China – and others pursuing a mercantilist strategy of export-led growth – they must know that the US can shut off its market and wreak havoc to their economy.

To Europe, they might make it clearer that unless the European Central Bank is brought to heel by the Continent's leaders (whatever Maastricht says) and forced to play its full part in emergency efforts to save the global economy, the NATO military alliance will wither and the region will be left to fend for itself against a revanchist Russia.

Should the main threat come from an exodus of private wealth, Washington may have to impose temporary capital controls. Never forget, America is the one country with enough strategic depth to go it alone, if necessary. The US is not going to let foreigners keep it trapped in a depression.

I doubt matters will ever come to this. Japan is already in dire straits. Exports crashed 46pc in January, year-on-year. The Bank of Japan may soon start buying US Treasuries for its own reasons – just as it did from 2003 to 2004 – in order to reverse the 30pc rise of the yen over the last 18 months. If it helps preserve the Sino-US defence alliance in the face of Chinese naval expansion, so much the better.

In any case, the storm has shifted across the Atlantic to Europe. Germany faces 5pc contraction this year (Deutsche Bank). The bill has come from the burst bubble in the ex-Soviet bloc. Europe's banks are on the hook for $1.6 trillion (£1.1 trillion). For the first time since the launch of monetary union, Europe's leaders are speaking openly about the risk of EMU break-up.

A run on the US dollar looks a remote threat as the euro drama unfolds. The Fed may soon have all the room for manoeuvre it needs. Small comfort.
Posted by Anonymous Monetarist at 6:25 PM