Next shoe to drop? 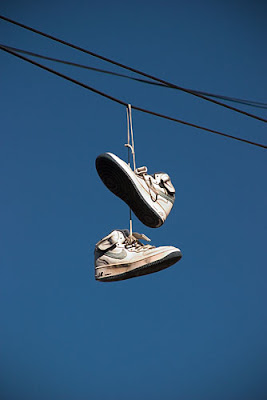 Thomas Gober, a former Mississippi state insurance examiner who has tracked fraud in the industry for 23 years and served previously as a consultant to the FBI and the Department of Justice, says he believes AIG's supposedly solvent insurance business may be at least as troubled as its reckless financial-products unit. Far from being "healthy," as state insurance regulators, ratings agencies and other experts have repeatedly described the insurance side, Gober calls it "a house of cards." Citing numerous documents he has obtained from state insurance regulators and obscure data buried in AIG's own 300-page annual reports, Gober argues that AIG's 71 interlocking domestic U.S. insurance subsidiaries are in hock to each other to an astonishing degree.

Most of this as-yet-undiscovered problem, Gober says, lies in the area of reinsurance, whereby one insurance company insures the liabilities of another so that the latter doesn't have to carry all the risk on its books. Most major insurance companies use outside firms to reinsure, but the vast majority of AIG's reinsurance contracts are negotiated internally among its affiliates, Gober says, and these internal balance sheets don't add up. The annual report of one major AIG subsidiary, American Home Assurance, shows that it owes $25 billion to another AIG affiliate, National Union Fire, Gober maintains. But American has only $22 billion of total invested assets on its balance sheet, he says, and it has issued another $22 billion in guarantees to the other companies. "The American Home assets and liquidity raise serious questions about their ability to make good on their promise to National Union Fire," says Gober, who has a consulting business devoted to protecting policyholders. Gober says there are numerous other examples of "cooked books" between AIG subsidiaries. Based on the state insurance regulators' own reports detailing unanswered questions, the tally in losses could be hundreds of billions of dollars more than AIG is now acknowledging.
Posted by Anonymous Monetarist at 12:26 PM