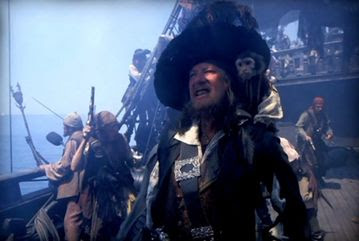 From Alexander Exquemeling's "Buccaneers of America":

A US court decision to approve a controversial $8bn loan for Lyondell Chemical in Chapter 11 could provide a much needed boost to companies’ chances of raising vital bankruptcy financing, but may increase the risk of losses for some existing lenders.

Lyondell Chemical is the US subsidiary of LyondellBasell of the Netherlands, which has some $24bn of debt. But the US unit was placed in Chapter 11 in January after talks to restructure its debt collapsed.

Ahead of its filing, creditors scrambled to raise the debtor-in-possession (DIP) financing, which funds a company’s operations during the reorganisation, which can take months or years.

DIPs once were relatively easy to raise but now such finance has dried up, increasing the risk of a liquidation.

To stem potential losses, some of Lyondell’s existing lenders provided the DIP loan but wanted to charge Lyondell interest and fees totalling 20 per cent.

Those providers of the DIP were given the opportunity to prioritise their original “pre-bankruptcy” debt claims for additional cash, a feature known as a “roll-up”. The loan sparked controversy because traditionally that offer is made equally to all existing lenders of the same class.

Steven Miller, managing director of Standard & Poor’s LCD, expects the judge’s decision to lead to more loans with similar structures. “For the companies, it gives them a real carrot to negotiate a quick DIP arrangement [with lenders] – many of which have strong incentive because they have bought [pre-bankruptcy] debt at a discount and the roll-ups give them the ability to improve their outcomes and returns,” he said.

The judgment does not bode well for other investors left holding billions of dollars of debt they bought in the past few years under the impression that they had senior ranking claims.

“Some lenders may not like this because those that lack the access and ability [to lend more] could find themselves in an inferior position,” said Mr Miller.

Private equity is beginning to look at providing DIP loans, which could be the next point of contention. This would give the owner of a company a superior claim to the creditors and a chance to own the company again if the reorganisation failed.