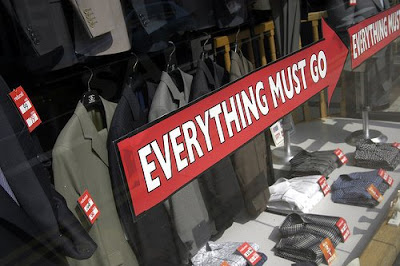 The complex structured funds that dominated investment in risky loans to private equity buy-outs have been put under greater pressure after Moody's said it had put the vast majority of the market on review for ratings cuts.

The agency said yesterday that all apart from the most senior bonds issued by every collateralised loan obligation (CLO) it had ever rated faced downgrades due to changes in the way Moody's assesses the riskiness of these investment vehicles.

CLOs are already under mounting pressure due to downgrades to underlying leveraged loans, falling prices and the prospect of a sharp rise in bankruptcies and restructurings, all of which are likely to hurt ratings.

Many managers are relatively new to the market, especially in Europe, and their increasing dominance as investors in the loan market was key to extending the buy-out boom in the peak years of the credit bubble.

At the peak of the market, CLOs bought more than half of all risky leveraged loans sold and so there is a high concentration of the largest and most aggressively structured buy-out deals in these vehicles.

Moody's actions follow changes to the assumptions it uses in assessing CLOs, which were announced last month. Changes include increases to expectations of the default rate among leveraged loans and increasing the correlation assumption between industries it previously categorised as diverse, such as banking, property and insurance. "An overwhelming majority of tranches rated single-A or below are expected to experience at least a four-notch downgrade on average which, in the case of the single-As, would put them on the boundary between investment grade and speculative grade," the agency said.

However, if a CLO is already suffering from deterioration in its underlying loans as well, the downgrades for single-A tranches are likely to be by between five and eight notches, it added.

The biggest worry for investors and particularly banks that hold CLO notes, however, would be a threat of downgrades to the supposedly safest AAA rated notes, which make up the lion's share of CLO bonds.

Moody's said yesterday that the majority of the most senior AAAA (Seriously FT used AAAA in their column, funny thing though there is a AAAA-type component to these instruments at the tippy-top of the vehicle. Think this is a typo however.-AM) bonds would be unaffected by its changes. Junior AAA rated and AA rated notes could face downgrades, although the extent of these would not become apparent until after a thorough review of individual deals, expected to be completed by the end of the second quarter.
Posted by Anonymous Monetarist at 11:22 AM