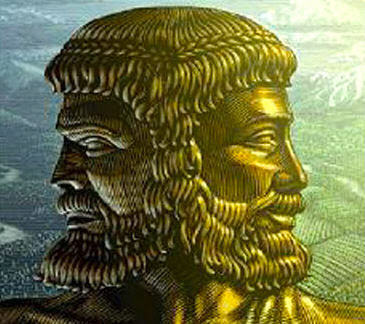 Feb 23 -On a conference call Jamie Dimon said the lender was “solidly profitable quarter-to-date” and its outlook for the quarter was “in line with analysts’ expectations.”

March 11 -Jamie Dimon, the chief executive of JPMorgan Chase, said Wednesday that the bank was profitable in January and February, echoing a similar statement made earlier this week by Vikram Pandit, chief executive of Citigroup.

March 12 -JPMorgan Chase CEO Jamie Dimon told an audience at a US Chamber of Commerce event Tuesday that he sees 'modest signs' of an economic recovery.

(Rock on, get them rally monkeys out. Banks are going to the moon baby ....
Waitaminnit.-AM)

March 24 -JPMorgan Chase , the second-largest U.S. bank, slashed its common stock dividend 87 percent on Monday, a surprise move by a lender considered among the strongest in the U.S. financial sector. "Extraordinary times must call for extraordinary measures," Chief Executive Jamie Dimon said on a conference call. He said JPMorgan was "not asked by anybody" to cut the payout, but did so out of a "normal abundance of caution."

JPMorgan Chase & Co. will delay contributions to 401(k) retirement plans for salaried employees until the end of the year and may reduce the payments, according to a person who received a company memo on the changes.

Workers making $50,000 to $250,000 annually will cease getting the contributions every two weeks and may see the benefits adjusted to a yet-to-be-decided amount, according to the person, who declined to be identified because the New York- based bank hasn’t disclosed the new policy. The dollar-to-dollar match for those earning less than $50,000 won’t change, the person said.

JPMorgan, which is the biggest U.S. bank by deposits and has a global workforce of about 200,000, doesn’t contribute to retirement plans of employees with annual salaries of more than $250,000.

(I'm sure JPMorgan employees appreciate the bosses' abundant caution given that the bank is solidly profitable and there are modest signs of an economic recovery.-AM)
Posted by Anonymous Monetarist at 10:08 AM