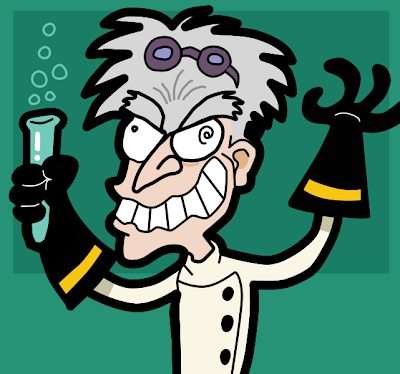 (Ponzimonium(PZ)is a new entry into the periodic table of financial elements formed by removing deep-captured hypocrisy from reality. It is a very rare element and has an extremely short shelf-life. Ponzimonium should not be confused with Governmentium as described on charmingjustcharming blog(9-24-08):

Research has led to the discovery of the heaviest element yet known to science. The new element, Governmentium (Gv), has one neuron, 25 assistant neurons, 88 deputy neurons, and 198 assistant deputy neurons, giving it an atomic mass of 312.

These 312 particles are held together by forces called morons, which are surrounded by vast quantities of lepton-like particles called peons. Since Governmentium has no electrons, it is inert; however, it can be detected, because it impedes every reaction with which it comes into contact.

A minute amount of Governmentium can cause a reaction that would normally take less than a second to take from four days to four years to complete. Governmentium has a normal half-life of 2-6 years; it does not decay, but instead undergoes a reorganization in which a portion of the assistant neurons and deputy neurons exchange places. In fact, Governmentium's mass will actually increase over time,since each reorganization will cause more morons to become neurons, forming isodopes.

This characteristic of moron promotion leads some scientists to believe that Governmentium is formed whenever morons reach a critical concentration. This hypothetical quantity is referred to as critical morass. When catalyzed with money, Governmentium becomes Administratium, an element that radiates just as much energy as Governmentium since it has half as many peons but twice as many morons."-AM)

US federal regulators have warned of a “rampant Ponzimonium” as they disclosed they are investigating “hundreds” of possible scams in the aftermath of the $50bn fraud allegedly perpetrated by Bernard Madoff.

Bart Chilton, a commissioner at the Commodities Futures Trading Commission, the US regulator, said the watchdog was “seeing more of these scams than ever before” in commodities and other futures markets.

Mr Chilton said the CFTC, which patrol commodities and financial futures markets such as derivatives on stocks and foreign exchange, was investigating “hundreds of individuals and entities, many of which were related to Ponzi scams”.

The CFTC has filed charges against 15 alleged Ponzi schemes so far this year, compared with 13 during the whole of 2008. If the rate were sustained, the regulator could end the year filling more than 60 cases, officials said.

US regulators have said they are detecting more scams than before as the publicity surrounding Mr Madoff‘s case prompts some investors to question the credibility of returns.

But this is the first time a senior regulator has publicly put the number of investigation in the “hundreds”.

“The floundering economy has unearthed many of these house-of-card scams,” said Mr Chilton. “In the last month alone we’ve gone after crooks in Pennsylvania, New York, North Carolina, Iowa, Idaho, Texas and Hawaii.”
Posted by Anonymous Monetarist at 10:51 AM