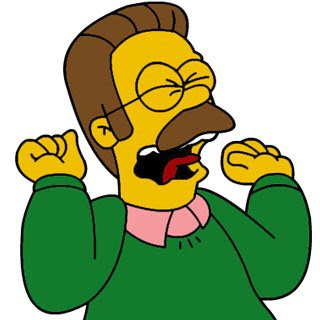 Let's be clear. I like Jeremy Siegel. He is a very nice and very smart gentleman. But in his op-ed piece, I think he was talking his book, if you can pardon the pun. (John you are being kind... he is a witless hack who should be ashamed of himself. Whether or not he is pleasant to have a beer with shouldn't offset that some poor cretin might buy into his nonsense.-AM)

I have been writing for a long time about the rather dismal forecasting ability of the analysts who predict the earnings for the S&P 500. Each month it gets uglier. But just for fun, let's review a few charts. This first chart shows analysts' estimates for 2008. The last number is with 94% of the 500 companies reporting. Earnings forecast have been knocked down by over 70% since the end of 2007. That is a monumental miss.(See above.-AM)

We are in a synchronized global recession. Yes, we will recover, but the causes are not those of the typical business-cycle recession. We are seeing massive debt deflation, deleveraging on a scale never witnessed, a financial industry that has to be rebuilt, and a housing industry that is reeling all over the world. We created a lot of excess in a number of industries. We decimated the savings of a generation that was hoping to retire soon, and now will have to work longer and save more.

This is not a typical recession. And for any analyst, writer, or pundit to trot out past historical data to demonstrate that the stock market is going to rebound at such and such a time and at such and such a pace simply ignores the fact that the future is unlikely to look like the past for at least the next 2-3 years. We are in a brand-new world, macro-economically speaking.

And let me also suggest that when we do get the problems worked out, and we will, the recovery that ensues may be breathtaking in its scope, as the technological changes that will be coming down the pike in the next 5-10 years are simply going to dwarf what we have seen in the past 30.(In the long run don't short SAM. -AM)
Posted by Anonymous Monetarist at 10:13 AM