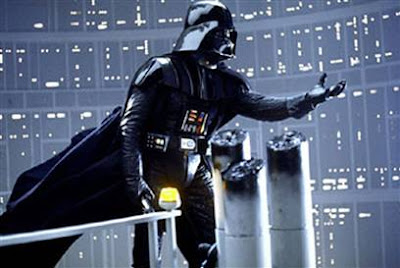 Amusement-park operator Six Flags Inc. and automaker Ford Motor Co. may be pushed toward bankruptcy by bondholders trying to profit from credit-default swaps that protect against losses on their high-yield debt.

By employing a so-called negative-basis trade, investors could buy Six Flags bonds at 20.5 cents on the dollar and credit- default swaps at 71 cents. If the New York-based chain defaults, the creditors would receive the face value of the debt, minus costs. In a Feb. 27 note, Citigroup Inc.’s high-yield strategists put that profit at 6 percentage points, or $600,000 on a $10 million purchase.

Investors who bet on the collapse of a company are pitting themselves against traditional debt holders at a time when Moody’s Investors Service projects defaults will more than triple this year to the worst level since the Great Depression. The clash may stall restructuring efforts to prevent bankruptcies, as basis traders may be less inclined to participate in distressed debt exchanges, said Matthew Eagan, an investment manager at Boston-based Loomis Sayles & Co., with $7 billion in high-yield assets.

“Before, you really had to worry mostly about where you were in the” company’s capital structure, he said. “Now, you have to consider the possibility that you might have this large holder of CDS incentivized to see it go into bankruptcy. It’s something that’s going to come up more and more.”

“Say you’ve lent $100 million to a company and you had bought $100 million in credit-default swaps,” said Henry Hu, a law professor at the University of Texas in Austin. “In that circumstance, the creditor really doesn’t care whether or not the company goes under.”

Following a meltdown last year in the relationship between prices on bonds and credit swaps after the Lehman Brothers Holdings Inc. bankruptcy (Many basis traders were crushed, but now it seems as if it is 'Game on!'.-AM), basis traders often stand to make the most money if companies default. They can also profit by holding the trade until the debt matures or unwinding the position after the market value gap between the bonds and derivatives closes.

While basis traders may stymie efforts by companies to stay out of bankruptcy, they’re not the corporate bond market’s Darth Vader according to Brian Yelvington, a strategist at CreditSights Inc. in New York. The traders didn’t put the companies into the situation, and derivatives are bringing a measure of efficiency to the market that didn’t exist during earlier recessions, he said.

“You’ve got more information from a side of the market that didn’t exist before,” he said. “People point at CDS causing all of this volatility. To me, it’s always been there. People haven’t been able to place the bets they would have liked.” (Placing bets certainly hasn't caused any damage heretofore has it? -AM)

“People are having a hard time trusting anyone,” said Timothy Coleman, co-head of the restructuring group at Blackstone Group LP in New York. “The motivations on the other side of the table are different.”

“Defaults are one of several ways that basis holders can benefit, so it would not surprise me if names with high concentrations of basis holders encounter resistance in their efforts to restructure,” said Michael Anderson, a high-yield debt strategist at Barclays Capital in New York.
Posted by Anonymous Monetarist at 11:05 AM