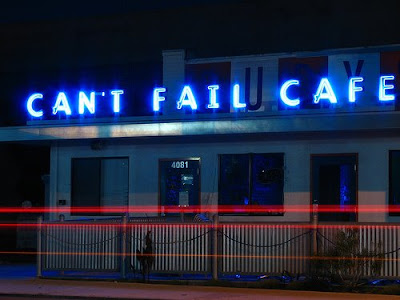 (Look on the bright side by the time we get to the 5 trillion in off-balance sheet assets, the dollar will be worth a hell of a lot less. Uh... waitaminnit... -AM)

March 25 (Bloomberg) -- The U.S. government wants to clear as much as $1 trillion in soured loans and securities from bank balance sheets with its latest bailout plan.

That might prove a short-term respite. No sooner might the Treasury Department mop up those assets than $1 trillion or more in new ones spring up to take their place.

That is due to the potential return of assets held in so- called off-balance-sheet vehicles that banks may soon have to put back onto their books. The end result may be that banks are in no better shape to increase lending even after the government bailout.

So investors betting for quick solutions to the financial crisis could be disappointed. The tangled web that banks wove over the years will take a long time to undo.

At the end of 2008, for example, off-balance-sheet assets at just the four biggest U.S. banks -- Bank of America Corp., Citigroup Inc., JPMorgan Chase & Co. and Wells Fargo & Co. -- were about $5.2 trillion, according to their 2008 annual filings.

Even if only a portion of those assets return to the banks - - as much as $1 trillion is one dark possibility -- it would take up lending capacity the government is trying to free.

The hidden assets that may return to banks consist of mortgages, credit-card debts and auto loans, among others. Over the years, banks bundled them together and sold them to investors as securities.

Whether these assets are “troubled” or “toxic,” their return to bank balance sheets could slow efforts to get credit flowing again. After all, banks shed the loans to make their balance sheets look smaller, allowing them to hold less capital to act as a buffer against losses. Until a couple of years ago, that boosted profits.

It also helped inflate the credit bubble, even as these accounting maneuvers made it harder for investors and regulators to see how much risk banks actually faced.

Accounting rulemakers now want banks to bring some of those assets back onto their books. They are trying to crack down on transactions that banks used to sidestep rules inspired by the off-balance-sheet antics that led to Enron Corp.’s collapse. Of course, there is a danger that the rulemakers will backtrack, especially given recent congressional efforts to twist rules that will let banks polish their books.

Investors have all but forgotten these out-of-sight assets. That’s a mistake.

True, banks won’t have to repatriate all of them. Mortgages guaranteed by Fannie Mae and Freddie Mac, for example, may have to be booked by those two companies, rather than banks.

Yet other assets will come back to banks. The tough part for investors is gauging how much. That is because the accounting- rules changes aren’t final, and their impact will depend on judgments by bank executives and auditors.

In its annual filing, JPMorgan said the rules change might lead it to bring back about $160 billion in assets. Citigroup estimated it may have to reclaim $179 billion.

That would equal about 9 percent of year-end 2008 assets at Citigroup, and about 7 percent at JPMorgan.

Neither Bank of America nor Wells Fargo provided such estimates. It’s possible, though, from JPMorgan and Citigroup’s disclosures and the thrust of the new accounting rules, to get some idea of what they might face.

Both Citigroup and JPMorgan said most of the assets they expect to return will be securitized credit-card debt -- $92 billion at Citigroup and about $70 billion at JPMorgan. Bank of America disclosed it had about $114 billion in off-balance-sheet credit-card debt. So a portion of that may shift back onto its books. (A similar estimate wasn’t possible for Wells, based on the information it disclosed.)

The return of credit-card debt may prove especially painful for banks, since delinquencies are soaring as unemployment increases. That might force banks to add to loss reserves, eating into profits.

Banks may also have to consolidate securitized commercial loans. That could be an issue for Wells, which had securitized $355 billion of this kind of debt.

And while mortgage-backed securities guaranteed by Fannie and Freddie likely wouldn’t have to be booked by banks, there are plenty of other mortgages out there.

Bank of America, for example, disclosed that it had about $360 billion of securitized mortgage debt that wasn’t backed by Fannie or Freddie.

Of the non-guaranteed debt, about $58 billion was subprime loans and about $138 billion was so-called Alt-A mortgages, according to Bank of America.

All told, Bank of America and Wells Fargo have a combined $600 billion in assets that may be under consideration for possible consolidation. If just half these assets come back to the banks, that would equal almost 6 percent of Bank of America’s assets and about 14 percent at Wells.

Granted, those are rough numbers. They underscore, though, that there is still a lot investors don’t know about banks and their books. That’s reason to worry.
Posted by Anonymous Monetarist at 4:39 PM