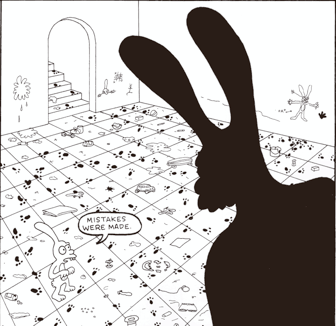 (All the italicized quotes below are from the Maestro himself. -AM)


We are in the midst of a global crisis that will unquestionably rank as the most virulent since the 1930s. It will eventually subside and pass into history. But how the interacting and reinforcing causes and effects of this severe contraction are interpreted will shape the reconfiguration of our currently disabled global financial system.(“In retrospect, I see nothing that we did that was inappropriate in terms of policy.”)

There are at least two broad and competing explanations of the origins of this crisis. The first is that the "easy money" policies of the Federal Reserve produced the U.S. housing bubble that is at the core of today's financial mess.(“I do not deny that many appear to have succeeded in a material way by cutting corners and by manipulating associates, both in their professional and in their personal lives.")

The second, and far more credible, explanation agrees that it was indeed lower interest rates that spawned the speculative euphoria. However, the interest rate that mattered was not the federal-funds rate, but the rate on long-term, fixed-rate mortgages. Between 2002 and 2005, home mortgage rates led U.S. home price change by 11 months. This correlation between home prices and mortgage rates was highly significant, and a far better indicator of rising home prices than the fed-funds rate.(“The Fact that our economical models at The Fed, the best in the world, have been wrong for fourteen straight quarters, does not mean they will not be right in the fifteenth quarter.”)

This should not come as a surprise. After all, the prices of long-lived assets have always been determined by discounting the flow of income (or imputed services) by interest rates of the same maturities as the life of the asset. No one, to my knowledge, employs overnight interest rates -- such as the fed-funds rate -- to determine the capitalization rate of real estate, whether it be an office building or a single-family residence.

The Federal Reserve became acutely aware of the disconnect between monetary policy and mortgage rates when the latter failed to respond as expected to the Fed tightening in mid-2004. Moreover, the data show that home mortgage rates had become gradually decoupled from monetary policy even earlier -- in the wake of the emergence, beginning around the turn of this century, of a well arbitraged global market for long-term debt instruments.(“History has not dealt kindly with the aftermath of protracted periods of low risk premiums.")

U.S. mortgage rates' linkage to short-term U.S. rates had been close for decades. Between 1971 and 2002, the fed-funds rate and the mortgage rate moved in lockstep. The correlation between them was a tight 0.85. Between 2002 and 2005, however, the correlation diminished to insignificance.(“There's potential for individual disaster there.”)

As I noted on this page in December 2007, the presumptive cause of the world-wide decline in long-term rates was the tectonic shift in the early 1990s by much of the developing world from heavy emphasis on central planning to increasingly dynamic, export-led market competition. The result was a surge in growth in China and a large number of other emerging market economies that led to an excess of global intended savings relative to intended capital investment. That ex ante excess of savings propelled global long-term interest rates progressively lower between early 2000 and 2005. ("Anything that we can do to raise personal savings is very much in the interest of this country.")

That decline in long-term interest rates across a wide spectrum of countries statistically explains, and is the most likely major cause of, real-estate capitalization rates that declined and converged across the globe, resulting in the global housing price bubble. (The U.S. price bubble was at, or below, the median according to the International Monetary Fund.) By 2006, long-term interest rates and the home mortgage rates driven by them, for all developed and the main developing economies, had declined to single digits -- I believe for the first time ever. I would have thought that the weight of such evidence would lead to wide support for this as a global explanation of the current crisis.

However, starting in mid-2007, history began to be rewritten, in large part by my good friend and former colleague, Stanford University Professor John Taylor, with whom I have rarely disagreed. Yet writing in these pages last month, Mr. Taylor unequivocally claimed that had the Federal Reserve from 2003-2005 kept short-term interest rates at the levels implied by his "Taylor Rule," "it would have prevented this housing boom and bust. "This notion has been cited and repeated so often that it has taken on the aura of conventional wisdom.("Any informed borrower is simply less vulnerable to fraud and abuse.")

How much does it matter whether the bubble was caused by inappropriate monetary policy, over which policy makers have control, or broader global forces over which their control is limited? A great deal.(“Difficult to suppress growing market exuberance when the economic environment is perceived as more stable.”)

If it is monetary policy that is at fault, then that can be corrected in the future, at least in principle. If, however, we are dealing with global forces beyond the control of domestic monetary policy makers, as I strongly suspect is the case, then we are facing a broader issue.(“I guess I should warn you, if I turn out to be particularly clear, you've probably misunderstood what I've said.”)

If we are to retain a dynamic world economy capable of producing prosperity and future sustainable growth, we cannot rely on governments to intermediate saving and investment flows. Our challenge in the months ahead will be to install a regulatory regime that will ensure responsible risk management on the part of financial institutions, while encouraging them to continue taking the risks necessary and inherent in any successful market economy.(“The true measure of a career is to be able to be content, even proud, that you succeeded through your own endeavors without leaving a trail of casualties in your wake.")
Posted by Anonymous Monetarist at 1:56 PM