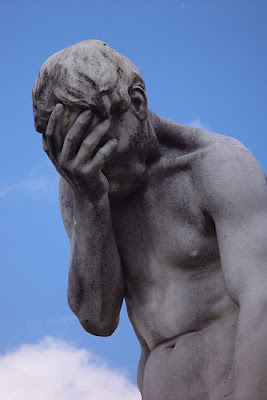 (Records are made to be broken. -AM)

In 2008, 61 components of the Standard & Poor's 500-stock index cut their dividends. It resulted in an estimated $40.61 billion less in payouts from S&P members, a record cut for one year.

With Wells Fargo's decision Friday to reduce its quarterly payout to five cents a share from 34 cents, the estimated cut in dividends announced this year is $40.78 billion, according to Howard Silverblatt, index analyst at Standard & Poor's. Wells Fargo had paid the third largest dividend in the index, behind AT&T and Exxon Mobil.

Half of the S&P's total dividends come from just 28 components. After Wells Fargo's move, none of those are from the financial-services sector. Financials now account for 11% of index dividends, down from the 2006 peak of 30%. (The highest-ranked financial company by payout now is Morgan Stanley, at No. 34.) The sharp decline has hurt investors who, despite the market's troubles, stuck with those who paid consistent dividends because of the steady income provided.

"People who invested in equity with the expectation that the dividend would be there are no longer attracted to equity as an asset class -- so they need to turn to fixed income," says Diane Garnick, investment strategist at Invesco.
Posted by Anonymous Monetarist at 5:45 PM