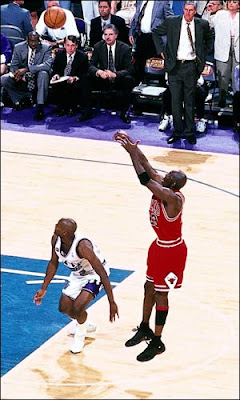 It has been a great week for commodities. But has the price rally got ahead of itself? Although demand has improved relative to the dismal conditions of late last year, analysts and traders warn that conditions have yet to perk up sufficiently to warrant an across the board price rally beyond current levels.

The poor prospects have not discouraged investors, fearful that the Federal Reserve’s action to buy US government debt will stoke growth at the cost of higher inflation.

Most analysts are less enthusiastic than investors.

James Steel, a commodities analyst at HSBC in New York, says given that the genesis of the wider commodity rally appears to be the shift in policy by the Federal Reserve and not a sudden change in underlying supply and demand balances, “it is unclear whether higher commodity prices can be sustained.”

Barclays Capital says that a fall in freight costs, a steep decline in Chinese domestic steel prices – both good indicators of industrial activity and commodities demand – and the steady increase in inventories in some raw materials “all suggest fundamental conditions in several markets are still very weak and price recoveries [would] likely prove fragile.”

Goldman warns that it would need to “see demand stabilise before going overweight” in commodities.

Some analysts, such as Daniel P. Ahn, director of macroeconomic research at Louis Capital Markets in New York, question how much central bank quantitative easing, in which central banks inject large amounts of cash into the system in an attempt to bring down long-term interest rates, by itself will help stimulate demand.

“Japan’s example in the 1990s, though not a perfect analogy, shows how massive quantitative easing can co-exist with continued deflation in the absence of structural reforms and proper fiscal stimuli,” Mr Ahn says.

Even if the world’s central banks are successful in quick-starting the economy, it will be months, probably a year, before a pick-up in activity lifts demand for commodities and drags inventories down.

There are some bright spots. Commodities producers’ output cuts, such as by Opec in the oil market, have been in place for long enough and represent a sufficient amount of production to begin to offset demand destruction. This is supporting prices. Merrill Lynch and JPMorgan on Friday raised their oil forecasts for the second half of the year.(My expectation is we'll see $30 in the next two months.-AM)

Other supportive factors for commodities are the Chinese and US fiscal stimulus programmes, which involve large outlays on infrastructure. (Sure as heck wouldn't put chips down on that!-AM) There are limiting factors. Oddly the pick up in prices is the critical one.

Higher prices could lure some producers, from Opec countries to miners, to bring back output capacity even if final demand has yet to recover, opening the door for oversupply and lower prices.

The cycle of higher prices leading to more output and eventually to lower prices is exactly what has happened in the steel sector in China, where a rebound in prices in January, due to traders stockpiling, prompted steel makers to bring back production capacity. As soon as the stockpiling ended, it became clear that final demand was not there and prices fell sharply again.

The influence of speculative money is also likely to be smaller than last year, potentially capping the rally. Hedge funds, for example, have far less firepower than last year as the credit crunch has reduced their capacity to leverage.

The question for investors is whether the economy is strong enough in the short-term to justify the gains. The International Monetary Fund, which forecast that economic growth would fall this year for the first time in 60 years, has a clear view. “Commodity prices are unlikely to recover while global activity is slowing,” it says.
Posted by Anonymous Monetarist at 11:20 AM

hyperinflation on Weimar scales is on the way thanks to Helicopter Ben!