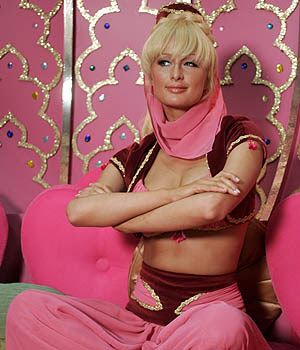 Pressed by lawmakers, the Financial Accounting Standards Board on Monday proposed new guidance that could change how banks and other companies value illiquid mortgage assets.(Underneath the auspices of watch out what you wish for Nancy Capitalists methinks we'll soon find out that the model has already been let out of the bottle.-AM)

At issue are controversial mark-to-market rules, an accounting methodology that requires banks and other corporations to assign a value to an asset, such as mortgage securities, credit-card debt or student-loan investments, based on the current market price for either the security or a similar asset.

Proponents of abolishing or modifying the rules say that assets owned by troubled banks have become impossible to value, as the market for these assets have frozen up due to the financial crisis.

The FASB's proposed guidance would stop short of changing the mark-to-market rules, but it would clarify how auditors should interpret those existing regulations. It would allow banks and other companies that have had a difficult time valuing illiquid mortgage and other securities, the ability to use "significant judgment" when valuing the assets. (If they want to get the toxic assets out of the plumbing it doesn't matter how the bank values them, it matters how a potential purchaser values them.Do you think that pirate equity and assorted vultures will give a tinker's dam as to what the squints say? This will strengthen the weak hands and discourage the strong hands. No surprise that stocks tanked at the end of the day. Without some measure of 'reliable faith' the parishioners all turn agnostic, everyone will assume the worst case as every case ... sell assets hell why would any bank even trade with another?-AM)

However, it's unclear whether the additional guidance would be sufficient for bank auditors to make significant changes to how they value illiquid mortgage securities.(Or to put it another way if you were the auditor that had to sign off on it, would you grab for a pen or would you RUN FORREST RUN. -AM)

The American Bankers Association President Edward Yingling said in a statement he was happy with the proposal. However, he questioned how auditors might interpret it.

"The American Bankers Association welcomes the Financial Accounting Standards Board's proposed improvements for estimating market values in illiquid markets," said Yingling. "While we welcome today's news, it will be important to look at the details of the written proposal to see how fully it improves the guidance. It will also be imperative to examine the practical effect the proposal will have based on the various ways it is interpreted."(Ya think? Can't fool all the people all the time yingyang.-AM)

The proposed guidance are open to a 15-day comment period until April 1. The FASB board will vote on the new proposed guidance on April 2. If approved, the new guidance would be in effect in time for companies to use the guidance in their first-quarter 2009 financial statements. (How convenient.-AM)

The accounting regulator was pressed to propose and adopt further guidance at a House Financial Services securities subcommittee hearing last week. However, lawmakers sought further changes such as having FASB allow banks to split mortgage losses between credit and liquidity losses.(Ladies and Gentlemen gather round watch the pea under the shells,at no time do my hands leave my arms...-AM)

With credit losses, a bank would have no expectation that borrowers would pay up, and in this scenario, all of the asset would be written off and removed from the balance sheet. But with liquidity losses, where there is an expectation for repayment, losses wouldn't be recognized on the balance sheet until the asset is sold.(So how would that motivate banks to sell to folks in the private-public partnership?-AM)

The FASB proposal does not address this measure, which would likely require a rule-making proposal.
Posted by Anonymous Monetarist at 5:11 PM