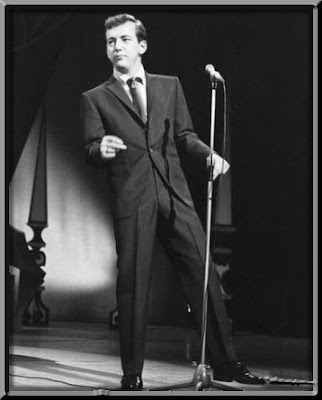 (Just finished watching the brilliant take-down of Jim Cramer by John Stewart on HULU when this came across from Bloomberg. Might there be a ray of optimism that the demand restoration project will result in the disinfectant of truth to power? Verily,'Tis hard not to get overly reiterative when you see a BIGHOUSE bearish forecast -contrarion bullish?- but I will admit this jibes with my personal feeling that I should load up on SPY at S&P 600, jury still out on SSO. The only positive outcome that I can see from an extended counter trend rally is that gold might come down - however with the Swissie performing hari-kari, and the potential for 'À bon chat, bon rat', this might not occur even if equities scream higher. Frankly one of the scariest news bits I've caught lately is that the uber smarty pants hedgies are loading up on gold not as a trade but as an investment. I missed gold last time because it did not reach the level I wanted ... will probably miss it again. -AM)

The Standard & Poor’s 500 Index may fall 25 percent in the next few months as earnings slump for a seventh quarter and the recession deepens, Morgan Stanley said.

The New York-based bank also reduced its year-end S&P 500 forecast by 15 percent to 825, joining four other Wall Street firms that cut their estimate in the past three weeks as stocks tumbled. The average year-end prediction for the S&P 500 is now 983, compared with 1,078 at the start of 2009, based on a Bloomberg News survey.

“The valuation must become outright ‘cheap,’” wrote Jason Todd, Morgan Stanley’s interim replacement for Abhijit Chakrabortti, who left the U.S. equity strategist job in January. “We are not there yet.”

U.S. stocks are still expensive even after the S&P 500 dropped 52 percent in 17 months, according to a method used by Benjamin Graham, the father of value investing and mentor of Warren Buffett. He measured equities against a decade of profits to smooth out distortions, a method that shows the S&P 500 traded at 14.5 times earnings yesterday, according to data compiled by Yale University Professor Robert Shiller. At the bottom of the three worst recessions since 1929, the average ratio fell below 10. To reach that, the S&P 500 would have to sink more than 30 percent.

Should the S&P 500 follow Todd’s forecast, the index would tumble to 560 and then surge 47 percent to finish 2009 at 825. Wall Street equity strategists lost credibility last year when none predicted a down year and the average forecast was for a gain of 11 percent, according to data compiled by Bloomberg. The stock index plunged 38 percent, the steepest decline since the Great Depression.

Strategists at Barclays Plc, UBS AG, Credit Suisse Group AG and Goldman Sachs Group Inc. have reduced projections this year as the worsening financial crisis drove the S&P 500 to a 17 percent drop in 2009. On March 9, the index slid to the lowest level since September 1996.

“Throughout 2008 we were continually caught out by underestimating the size of markdowns and provisioning for the financial sector,” Todd wrote in a report dated yesterday. “We were bearish but not nearly bearish enough.”
Posted by Anonymous Monetarist at 11:59 AM