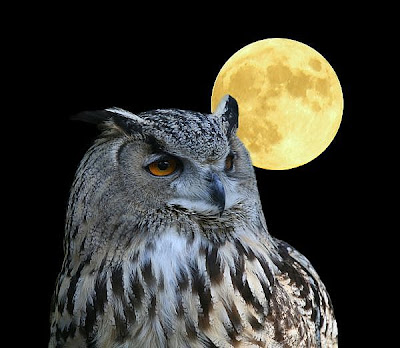 (Mr. Practical is a fictional character that represents the best mindmeld of the minyanville.com brain trust. -AM)

The Public Private Investment Partnership found a couple of willing participants (Black Rock (BLK) and PIMCO) to say what a good deal it was. But there are two caveats to that: 1. it is a good deal for private speculators, definitely not taxpayers and 2. the speculators have to think prices are going to go up alot.

Here is how it will work (my interpretation). A private fund puts up $100 in equity and the government puts up $100 in equity. Then, in an ironic twist, a bank, maybe even the one selling the assets, will for certain assets lend between 3 (for derivatives and securitized assets) to 7 times (for bank loans) the amount. This will of course be guaranteed by the FDIC, a government insurance company that 1. has no real funds and 2. makes AIG risk management look like genius. So let's say our equal partnership puts up $200 in equity and then levers that up seven times so it can buy $1,400 of toxic assets at $.50 on the dollar.

If the assets rise 20% in value to $1,680, the partnership splits the profits (as long as the government doesn't change the deal in the future, which is a big if given what we have seen lately) of $280 equally. But let's say the assets decline in value by 20% to $1120. The deal is the private investor can only lose his $100 dollars equity while the public partner (you) will lose $180.

So today we saw a great rally in the stock market as it perceived that many private investors would not be able to resist such a good deal for them. But don't be so sure many will bite. While there is some low hanging fruit, maybe $500 billion worth, which is what the few are salivating about, I still estimate that banks on average have most of their illiquid assets marked at $.6 on the dollar, while a private investor in order to risk money might be willing to pay $.30 on the dollar. If this is going to work the government you) will have to make up the difference, which could be around $3 trillion. If they were to do that the dollar would plummet.

So while the program will show initial success (it’s most likely all pre-arranged) on a small amount of assets, it will eventually expose more losses down the road and more need for capital.

The government's plan, through carry trades, bailouts, and plans within plans, is to buy time by slowly bilk the taxpayer and hand the money over to banks, banks that don't deserve to have their equity worth anything. Bulls are talking about how much free cash reserves banks have, but two things are offsetting that: continued write-down of assets and rising margin requirements. The first is still a black hole the second we can only hope that regulators are serious about "not letting this happen again": it was their continued lowering of margin requirements and looking in the other direction of shadow banking that allowed this situation to happen.

Which brings me to my final point. We hear over and over again how government bailouts always make back the money. Wait long enough and the economy will grow so that the assets can be sold at a higher price. But remember what we have learned about price and the value of the dollar: prices go up when the dollar goes down. So although bailouts like the savings and loan crisis may have earned back all the "nominal" dollars it spent, it received dollars to settle the debts that were worth much less. The value of the dollar has eroded by 95% since 1930. In other words, real wealth was lost.
Posted by Anonymous Monetarist at 5:56 PM