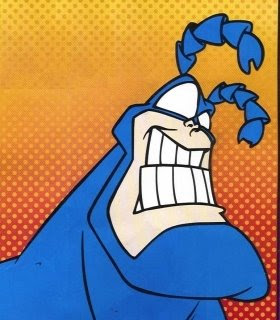 (Hmmmm ... let's see we've already discussed monkeying around with FAS157(folks seem to be disagreeing though), we're going to maybe act as early as three weeks from now to re-institute uptick, I guess all that is left for the Bullisht Trifecta is for the rally when it is 'rumored' that some day soon we're going to overpay for those pipe-plugging toxic assets! And after that ...then what? Perhaps the rumor that we really really might do something about CDS? Ya know I need to get that new trading algorithm where you tie into the Thomson Reuters news feed...it obviously has a time travel add-on!-AM)

The U.S. Securities and Exchange Commission may act as early as next month to consider a proposal to reinstate the uptick rule, a source familiar with the matter said on Tuesday.

Earlier on Tuesday, Democratic Rep Barney Frank, the chairman of the influential House Financial Services Committee, told reporters he was hopeful that the uptick rule would soon be reimposed.

New SEC Chairman Mary Schapiro has previously said the agency would consider whether to reinstitute the uptick rule, which forces short sellers to sell at a price higher than the previous trade.
Posted by Anonymous Monetarist at 12:35 PM