Pirate equity refuses to give up the gold 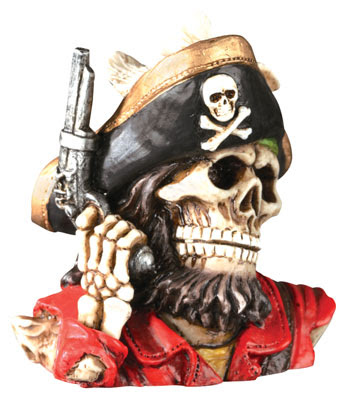 Blackstone Group LP, the world’s largest private-equity firm, rebuffed a request from securities regulators to publicly disclose the performance of its buyout and hedge funds.

The U.S. Securities and Exchange Commission asked the New York-based company to include fund returns in their financial reports, according to letters the agency released earlier this month. Blackstone told the SEC it wouldn’t.

“The individual rates of return have no direct impact on our financials and therefore we question the relevance to our investors,” Tosi said in the letter.

In the prospectus for its initial public offering, Blackstone said it intends to be a “different kind of public company” whose managers take a long-term perspective.
Posted by Anonymous Monetarist at 1:55 PM