You chose Door 1, a lost decade is behind Door 3, do you want to pick Door 2? 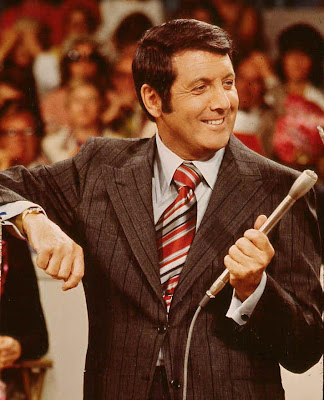 $INDU dropped 300 points Monday, extending the bear market even further and taking the stock market down to levels first seen in the spring of 1997, a dozen years ago.

You'd think that the ensuing fear and panic would be more than enough to bring about the capitulation that contrarians have been waiting for before forecasting that the bear market was at or near its end.

But you'd be wrong.

Consider the latest readings of the Hulbert Stock Newsletter Sentiment Index (HSNSI), which reflects the average recommended stock market exposure among a subset of short-term stock market timing newsletters tracked by the Hulbert Financial Digest. As of Monday night, the HSNSI stood at minus 20%.

That's a low number, to be sure. But it's nevertheless markedly higher than where this sentiment index stood last July, some eight months ago, which marks the low for this bear market that began a year and a half ago. It stood at minus 42.9% then.

In other words, even though the Dow is some 4,400 points lower today than then, the editor of the average short-term market timing newsletter is a lot less concerned. This is just the opposite of what contrarians have in mind when they refer to the capitulation that typically occurs at bear-market bottoms.

Might this bear market nevertheless bottom out without capitulation taking place? To gain insight into this question, I analyzed all bear market bottoms since 1965, using the definition used by Ned Davis Research, the institutional research firm.

I then analyzed the behavior of four different sentiment measures on the occasion of those bottoms (if data were available): In addition to the HSNSI, I focused on (1) the well-known survey of newsletter sentiment conducted by Investors Intelligence, (2) the survey of individual investors conducted by the American Association of Individual Investors, and (3) the CBOE's Volatility Index, which reflects expectations of future volatility among options traders, and which is often referred to as an "investor fear gauge."

Incredibly, I found that, on average across these past bear markets, sentiment hit its lowest point 15 calendar days prior to the actual day of the bottom. That's impressive -- very few other market-timing indicators come this close.

Though this 15 days is an average, the actual range is not that big. The greatest number of days separating any of those prior bear market bottoms and the low point of any of the four sentiment measures was just 112 days.

What light do these historical precedents shed on the current sentiment situation? Consider:

As of Monday, it has been 243 days since the HSNSI hit its low for this cycle, more than double what previously was the biggest discrepancy between the date of the market's low and of sentiment's low.

The picture is only marginally better when we look at the Investors Intelligence sentiment measure: It has been 132 calendar days since it hit its low for this cycle, less than in the case of the HSNSI, but still greater than the biggest discrepancy at prior bear-market bottoms.

The VIX's behavior, in contrast, does fall within the confines of historical precedent, though barely. It has been 102 days since it hit its peak.

Finally, the AAII sentiment index: It is the only one that comes anywhere close to supporting the notion that we're experiencing capitulation right now. It reached its low point for the cycle so far on Feb. 19, less than two weeks ago.

The bottom line, given all this? It's theoretically possible, but I believe nevertheless difficult, to conclude from the sentiment data that the bear market is close to bottoming.

How much further must the market decline before contrarian analysis leads to a more cheerful conclusion? There is no way to know, since it depends on how advisers and investors react.

It could be that a couple of more days like Monday will be enough to cause them, finally, to really and truly throw in the towel. Or, instead, it might take weeks and months of punishing downside action before capitulation occurs. (Methinks it be Door 2 Professor Hulbert however an intermediate bottom may be approaching.-AM)
Posted by Anonymous Monetarist at 6:56 PM