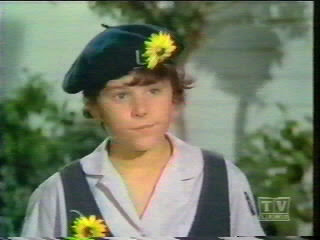 Could it be? A few chinks of light over the past week have many claiming to see the light at the end of the tunnel for the US economy. Yesterday's February housing starts data, for example, were blinding, up by 22 per cent versus January, the biggest jump in almost 20 years. Core retail sales (which exclude autos, fuel and food) rose in January and February, following five consecutive month-on-month declines. Elsewhere, the expectations component of the latest University of Michigan consumer sentiment index suggested that potential shoppers were ever so slightly less gloomy.

Equity markets have rallied. Investors, however, are confusing an opening in the dark with a handful of glow worms. The increase in housing starts was mainly due to a big bounce in the volatile multi-family category. Sure, new permits also rose, but this trend is unlikely to continue while sales remain weak and supply is at an all-time high. Stepping back, permits are still set to halve if the first-quarter numbers are annualised, according to JPMorgan forecasts.

The biggest mistake investors could make is to think that the outlook for the consumer is anything other than pitch black. That is because the necessary deleveraging of bloated household balance sheets has not even begun. In the fourth quarter, the ratio of total gross debt to personal income still stood at 133 per cent, according to Federal Reserve data, compared with an average of 90 per cent during the 1990s.

Assuming no changes in household income, returning to this level requires liabilities to fall by $4,700bn, equivalent to about a third of US gross domestic product. It is hard to prove, but High Frequency Economics reckons it is likely that the families most in debt have few financial assets to sell. That means deleveraging must occur through increased saving. The trouble is, the latest Fed data show that at current savings rates it would take 50 years to return the overall debt-to-income ratio to 90 per cent. Saving rates, therefore, have to rise much higher. That will be painful. Expect to see many more shuttered shops.
Posted by Anonymous Monetarist at 11:16 AM