ZuLauf at your peril, ZuCry if you must : In Felix we Trust 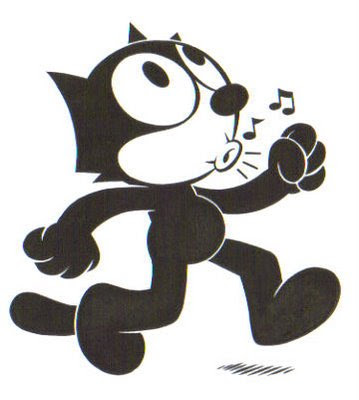 Unlike some bears, who deliver the bad news with undisguised glee, Felix Zulauf apologizes for the severity of his message -- that the U.S. and other stock markets still have a long way to fall, amid a delevering cycle that could last for years. Maybe it's those good manners -- along with the accuracy of his warnings, so far -- that keep us coming back for updates.

Echoing the forecast he made at this year's Barron's Roundtable , Felix, the founder of Zulauf Asset Management in Zug, Switzerland, still believes the S&P 500 will bottom in 2011 in the 400s, down from last week's 680 and a 2007 high of 1,565. (Faber, Hickey and Zulauf were the best performers at the Roundtable for 2008.Why in the world is Abby Cohen still invited?-AM) But, first, he asserts, stocks are poised for a bear-market bounce from a low this month. It could last two to four months, and boost the S&P 25% to 40%, to roughly 900. (The corresponding level of the Dow industrials would be about 8,750.)

Felix sees numerous signs of an impending rally: Sentiment is deeply pessimistic. The rate of change on (most) down days is declining, even as prices fall. And, there's lots of money around. But this rally will be for nimble traders only, affording "those with too much in stocks to sleep well an opportunity to lighten up."

In anticipation of a move up, Felix has closed out his short positions -- for now. Those tempted to play a rally might do best to buy a market index, such as the SPDR S&P 500 exchange-traded fund. (My thoughts exactly but am considering SSO, will read their prospectus this weekend to see if I am comfortable with any potential counterparty risk-AM) Mining stocks are deeply depressed and could rally, too, along with consumer-discretionary and financial shares.(Faber & Hickey agree with this.-AM) But don't load up in the belief that "the fundamentals will improve dramatically," he says, as that's not the case.

After the rally, alas, the market could be cut in half, Zulauf say. "Policymakers and investors still don't understand the process at work in the world economy."

The U.S. private sector has begun to delever after running up its debt to 315% of gross domestic product from 190% in the 1990s. About half the added debt will disappear through bankruptcies, the rest through repayments, he wagers. By his calculation, "the private sector has to get rid of $8 trillion of debt."

That could take four to five years -- a period in which Washington might dramatically boost its own debt. Only after the private sector heals can the feds start their deleveraging. "The best case I can see is a 10-year period of economic stagnation," Zulauf says. "We are just in year two."

Globally, he adds, "we're looking at a synchronous decline. Most industrialized economies will fall by close to 10% in GDP terms. It is a depression environment."

As for the stock market, it isn't yet at valuation levels where secular bottoms are made. It is hard to determine the market's price/earnings ratio, Felix says, because no one knows where S&P earnings will be. His bet: Zero to $40 this year and again next, against the current consensus of roughly $60. (Can you hear me Mr. Siegel? By the way another ridiculous article referencing Siegel in Barron's this week. I won't waste the finger power blogging it other than to leave one digit outstretched. Siegel is a witless hack.-AM)

In the absence of clarity on earnings, it is customary to look at book value. Assuming a current book value of about $500, the S&P trades for 1.4 times book -- admittedly, down from 5 times at its peak. The market historically has bottomed at an average of 0.9 times book value.(Good metric, thanks Felix! -AM)

Bottom line, the money manager says: "People need to understand it is a different world today. We will not go back to the world as we knew it."
Posted by Anonymous Monetarist at 9:57 AM

Great article, thanks. Where do these latest comments come from - a recent interview?

These latest comments come from a follow-up to the recent Barron's Roundtable.