Hey brother can you spare a paradigm? 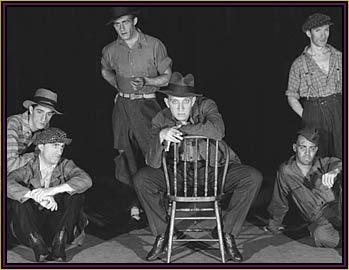 Global financial confidence, once destroyed, requires myr­iad positive events and a heavy convergence of them to counter ambient pessimism and gloom.

The recent series of government packages, notwithstanding their scale and speed, has had little demonstrable effect on the level of confidence or the outlook for ongoing activity. Indeed the number of new and significant packages may begin to peter out out as the public accounts of most countries can no longer cope with the growing burden of insolvency or assume further private sector risk. This context underlines the urgent need for the Group of 20 industrialised and developing nations meeting in London to construct a new paradigm to resuscitate the world financial and economic system.

What is needed is a new global economic and political settlement. The first priority should be to make the G20 a permanent gathering. The leaders should meet at least once a year and, in current circumstances , twice. A permanent G20 structure, representative of the major debtor and creditor countries and the most strategically powerful ones, will sound the death knell of the Group of Seven leading industrialised nations. This is two decades too late, but better late than never.

The second priority should be for future international economic policy co-ordination to be conducted by the G20 – its leaders, finance ministers and central bankers – not by the International Monetary Fund, which has failed so miserably in this task.

The third priority should be radically to restructure the IMF, disbanding its board and replacing it with a governance structure that truly represents the wider world it claims to serve. The Fund should still manage its balance of payments emergency facility but under the general supervision of the G20.

The Washington establishment may resist such changes while the European members of the G7 will do all they can to hang on to the old postwar structure. Yet the utility of those arrangements began to erode when the cold war ended and China began its rise to the powerhouse it is today.

A burst of inclusion is the only way to make the world anew. If it happens, the impact on confidence will be profound – outweighing all the packages put on the table to date.
Posted by Anonymous Monetarist at 6:48 PM