Why did Kamikaze pilots wear helmets? 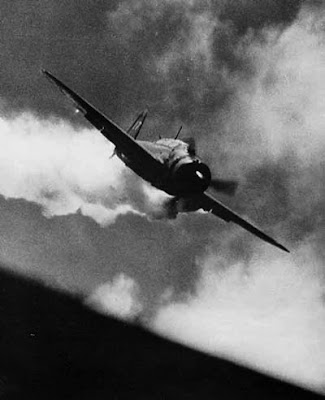 (The same reason that the Chinese can't admit they are contracting ... ya' need to keep up appearances.-AM)

Japanese exports almost halved in January. A geographic breakdown of yesterday's 46 per cent year-on-year drop in exports shows the buyers' strike is global . Japanese exports to the US fell 53 per cent and to the European Union and Asia by 47 per cent. This follows an 18 per cent drop in China, 33 per cent in South Korea and 44 per cent in Taiwan.

Statistics are skewed by the Chinese lunar new year holidays. But lead indicators suggest there is worse to come. Throughput at China's once bustling ports is thinning. After growing at an annual 20-30 per cent from 2004, volumes have now returned to 2006 levels. Chinese import processing, which leads exports by a month or two, plunged 50 per cent, year on year, in January, according to Citigroup.

Japanese export data now paint the same picture. Some of the biggest casualties in yesterday's figures were components: semiconductor exports, for example, were down 53 per cent, and car parts down 52 per cent. That will feed in to exports of finished goods bought directly by consumers.
Posted by Anonymous Monetarist at 1:10 PM