At least someone pulled this taxpayer-financed fiddle 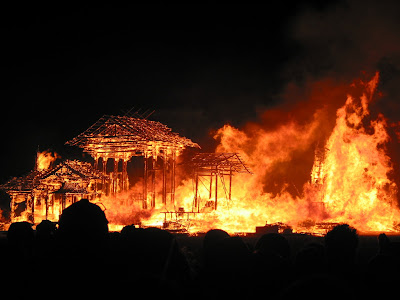 Mayor Bill White yanked a controversial plan Tuesday that called for the city to use taxpayer funds to pay off some personal debts for first-time homebuyers, following a flood of outrage and criticism from across the city and beyond.

“I don’t think we ought to be in the business of paying off someone’s debt so they can buy a house,” White conceded during an impassioned City Council meeting. “Paying off people’s credit cards is ridiculous.”

Many council members expressed “embarrassment” over the idea, which received national media attention after the Chronicle wrote about it in Tuesday’s editions. The story appeared to strike a nerve among taxpayers already angry over the recession, the housing meltdown, and federal bailouts of banks and automobile companies.

“Everybody’s outraged about this,” said Councilman Ron Greene, adding that a constituent e-mailed him a copy of a bill and asked him to pay it. “This was not well reasoned.”

The “Credit Score Enhancement Program” would have given up to $3,000 in grants to individuals who are trying to qualify for mortgages through the city’s homebuyers assistance program. City officials had said some applicants fall short of eligibility by only 10 or 20 points on their credit scores, and paying off some debt balances can quickly improve their numbers.

“I do not understand how we can ever justify spending taxpayer dollars to pay somebody’s credit card,” she said. “I don’t understand how it can be even considered to come up. I am truly embarrassed. I think it shows poor leadership.”
Posted by Anonymous Monetarist at 11:48 AM