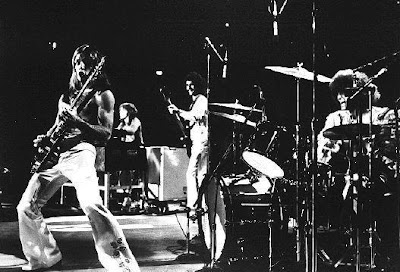 The “long run” used to be one of the most popular topics among investors, particularly institutional investors. In recent months, discussion of the long run has disappeared from view.

Indeed, the possibility the long run has run away is one of the few pieces of good news I have been able to find in the financial and economic turmoil of recent months.

The cold statistics have hardly been encouraging for the traditional view. On a total return basis, the Ibbotson data show that the S&P 500 has underperformed long-term Treasury bonds for the last five-year, 10-year, and 25-year periods, and by substantial amounts.

(My expectation is that the next quarter century will be quite the opposite.-AM)

These data are not to be taken lightly.

If the long-run expected return on bonds in the future were higher than the expected return on equities, the capitalist system would grind to a halt, because the reward system would be completely out of whack with the risks involved. After all, from the end of 1949 to the end of 2000, the S&P 500 provided a total annual return of 13.1 per cent, while long Treasuries could grind out only 5.8 per cent a year.

But does this history really tell us anything about what lies ahead? Neither the awesome historical track record of equities nor the theoretical case is a promise of a realised equity risk premium. John Maynard Keynes, in an immortal observation about the future, expressed the matter in simple but obvious terms: “We simply do not know.”

Relying on the long run for investment decisions is essentially relying on trend lines. But how certain can we be that trends are destiny? Trends bend. Trends break. Today, in fact, we have no idea where any trend lines might begin or end, or even whether any trend lines still exist.

As Lord Keynes in one of his best known (and wisest) observations, reminded us: “The long run is a misleading guide to current affairs. Economists set themselves too easy, too useless a task if in the tempestuous seasons they only tell us that when the storm is past the ocean will be flat.” To Lord Keynes, the tempestuous seas are the norm. We cannot escape the short run.

There is an even deeper reason to reject the long run as a guide to future investment policy. The long-run results we can discern in the data of stock market history are not a random set of numbers: each event was the result of a preceding event rather than an independent observation. This is a statement of the highest importance. Any starting conditions we select in the historical data cannot replicate the starting conditions at any other moment because the preceding events in the two cases are never identical. There is no predestined rate of return. There is only an expected return that may not be realised.

Recent experience raises a different but perhaps an even more serious question relating to the long run. How do you frame a view of the long run from early 2009? The world has a ruptured financial system showing only fragile signs of recovery. The economic recession now encompasses the whole world. The speed of economic decline is without precedent. Government intervention is also without precedent, in its magnitude, depth, and complexity. Fiscal deficits are reaching numbers no one dreamed about even 12 months ago, yet they will have to be financed.

What kind of a long run is this mess going to produce? Was Bill Gross correct when he wrote for the December 2008 issue of Pimco’s Investment Outlook that “capitalism is and will remain a going concern, that risk-taking – over the long run – will be rewarded, but only from a starting price that correctly anticipates the economy’s growth and its share of after-tax corporate profits within it?”

Can capitalism remain “a going concern” after an extended period characterised by massive government intervention into the economy – and bail-outs of firms that would otherwise have failed? To what extent will the “going” in Mr Gross’s vision be tied to government intervention in these forms and magnitude? Or is Mr Gross’s optimism justified? Will we be able to unwind the role of government in the capitalist system as we know it and go back to the status quo ante?

Will our economy and society emerge so risk-averse after these experiences that years will have to pass before we return to a system naturally generating vibrant economic growth and a renewed willingness to both borrow and lend? Or will we head in the opposite direction, where faith in ultimate bail-outs will justify the wildest kind of risk-taking? Or will the entire structure collapse from government debts and deficits that turn out to be so unmanageable that chaos is the ultimate result?

We can neither answer those questions nor can we claim they are a complete list of the possibilities. The unknown today seems more than usually unknown. Then my whole point remains the same. The long run is an impenetrable mystery. It always has been.
Posted by Anonymous Monetarist at 2:14 PM