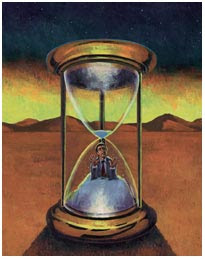 WASHINGTON -- Treasury Secretary Timothy Geithner warned U.S. House Democrats on Saturday that the U.S. financial system remains "badly damaged," but that the Obama administration planned to act both quickly and aggressively to deal with the crisis, according to one lawmaker present.

"He did say that some institutions are so frail that they would not survive," said Rep. Brad Miller, a Democrat from North Carolina and a member of the House Financial Services Committee.

"He said it's clearly going to get worse but we have to act to prevent it from getting much worse," Miller said.

The speech made it clear, Mr. Miller said, that the financial system remains fragile.

"I don't think we know yet how bad the industry's insolvency problem is," Mr. Miller said. "If we had regulators go in and examine the books like we did at Fannie Mae and Freddie Mac a great number of our systemically important financial institutions could be insolvent."
Posted by Anonymous Monetarist at 4:27 PM