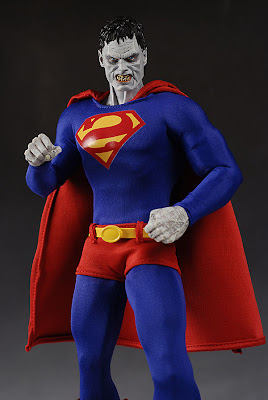 Was a bit out-of-pocket yesterday but saw enough to generate some serious head-scratching.

B.S. Bernanke being credited for causing a rally because he was 'ruling out nationalization' in a speech where he was basically laying out the groundwork for nationalization?

Traders saying the real reason for a rally were rumors of repealing/adjusting FAS 157 (mark-to-market) 2 days after Moody's downgraded jumbo prime, following downgrades of Option-Arms, and Alt-A many from A level to C level? It's barn door meets horse boys and girls. Google reflexivity please.

A market being proclaimed as grossly oversold that is probably trading for around 20X+ PE for 2009 and 2010? Average trough valuation last 13 recessions is 11 PE, some hitting single digits? Do the math.

Aside from all these mark-to-market 'rumors' I am finding 'nuthin honey' in the MSM about this ... I guess the Nancy Capitalists are doing whatever they can to defend the 50% level on the averages lest the trap door open.

After FAS 157, after uptick, after overpaying for the toxic assets, the bullishtness crowd ain't got nothin' left.

Biggest smartypants on the Street all expect a counter-trend bounce, but the trend is still not our friend. Mr. Market is a bit pissed that the we've inflated our way out of the business cycle for the last quarter century and the devil wants to be paid his due.

The thesis thus far from this humble blogger is that it is Barry versus the Banksters. That's what you get for putting a pragmatic liberal intellectual in the big house ... elections have consequences. The stress tests are pablum narrative, the banksters will take a nickel for that worth a nickel when it is an offer they can't refuse, Mr. Dunham will hustle the hustlers by sweating them out, our only solution for the 'toxic assets plugging the pipes' is time and price, and the vaguer the administration is the cheaper the assets become that we'll need to provide taxpayer leverage for.

I'm hopeful but want it verified and his speech last night did nothing to temper the above opinion.
Posted by Anonymous Monetarist at 10:39 AM