A clear and present danger 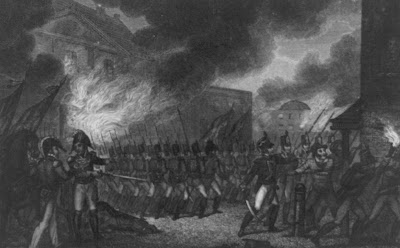 The deepening global financial crisis is now the most immediate national security concern for the U.S., threatening the stability of governments and making it difficulty for allies to meet their military obligations, the top U.S. intelligence official said.

“Time is probably our greatest threat. The longer it takes for the recovery to begin, the greater the likelihood of serious damage to U.S. strategic interests,” Director of National Intelligence Dennis Blair said today in a prepared statement.

Statistical models show that governments are likely to succumb to public unrest if economic crises continue over a one- or two-year period, Blair said.

Still, the U.S. could use the crisis to overhaul its financial system and exert leadership within organizations such as the G-20, Blair said.
Posted by Anonymous Monetarist at 2:46 PM