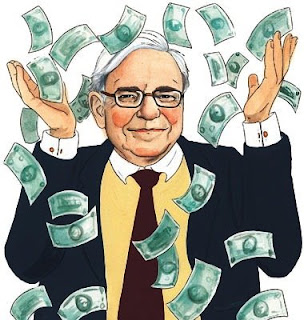 (Is Warren suffering a margin call on his 40 billion short put exposure? Given his AAA, for now, he doesn't have to post collateral, but rumors are that GS may have to on his behalf. This kind of looks like a 'raising cash' sale. -AM)

hdnews.net
2/18/09
NEW YORK -- Billionaire investor Warren Buffett's company sold more than half of its stake in Johnson & Johnson in the last three months of 2008. Omaha, Neb.-based Berkshire Hathaway Inc. filed documents with the Securities and Exchange Commission late Tuesday that provide a snapshot of its holdings at the end of 2008.
Posted by Anonymous Monetarist at 11:11 AM