He's got a condo made of gold -a 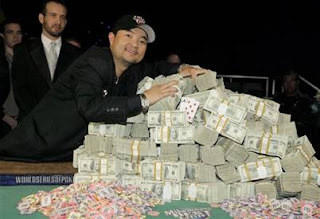 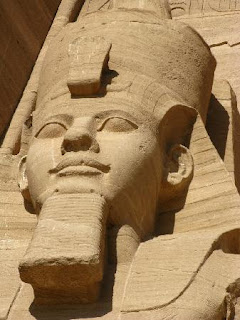 Bloomberg recently reported that the stimulus package the U.S. Congress is completing would raise the government’s commitment to solving the financial crisis to $9.7 trillion.

Are you having a wee bit of difficulty putting such a sum in its' proper context?

Well, think of it this way, 9.7 trillion is about equal to:

The aggregate of 'former' psychologist Jerry Yang , last year’s World Series of Poker champion (nailing it on an all-in re raise on the ninth hand of play), pictured with his $8.25 million prize...winning this princely sum every single day after day after day since the day of the death of the Egyptian King Ramses II.
Posted by Anonymous Monetarist at 4:31 PM