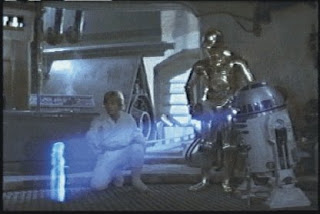 Almost half of all the complex credit products ever built out of slices of other securitised bonds have now defaulted, according to analysts, and the proportion rises to more than two-thirds among deals created at the peak of the cycle.

The defaults have affected more than $300bn worth of these collateralised debt obligations, which were built from bits of other asset backed securities (ABS) such as mortgage bonds, other CDOs and structured bonds, or derivatives of any of these, according to analysts at Wachovia and Morgan Stanley.

So-called CDOs of ABS caused huge losses to banks such as Merrill Lynch, UBS and Citigroup, which held large amounts of the supposedly safest, top-rated chunks of them. They have since been damned by bodies such as the Bank for International Settlements as being too complex to risk manage effectively.

CDOs of ABS were used increasingly at the peak of the credit bubble to keep the securitisation machine moving by recycling hard to sell bits of subprime mortgage bonds and other risky tranches into new structures with top-notch credit ratings.

However, the ratings of these deals proved unsustainable, as evidenced by the fact they have accounted for 92.9 per cent of all 16,587 ratings downgrades globally from all rating agencies since the beginning of last year, according to Morgan Stanley.

The way these complex and risky transactions were exploited at the peak of the bubble can be seen in data from analysts at Wachovia, who reckon that 47.6 per cent of all CDOs of ABS by volume issued since the market substantively began in 2002 have now hit an event of default.

The way these CDOs have performed has especially hurt the new wave of specialist credit hedge funds, which sprang up in recent years and became heavily dependent from creating and managing such deals. They were drawn to such business by a belief in the sustainability and predictability of the fees it would generate.

However, about one-third of the CDOs of ABS that have defaulted, or almost $105bn worth, have been or are being liquidated – often ­leading to losses for investors and putting further pressure on market prices of the bits of mortgage bonds and other CDOs they are selling.
Posted by Anonymous Monetarist at 9:55 AM