The Art of Dow 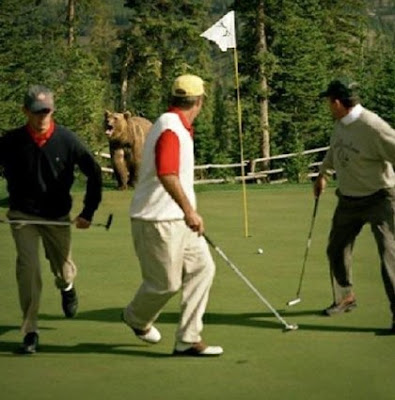 For those investors anxious about how the market might fare in a retest of its Nov. 20 closing low, Tuesday's close was likely torturous. At least that's how noted Dow Theorist Richard Russell felt when watching the market close less than half a point above the bear market low.

While Russell is patiently awaiting the market's verdict, Mark Hulbert decided to see if he could divine whether the market is likely to breach its bear-market low. Using his own propriety sentiment index along with three other well-known gauges of investor sentiment, Hulbert tested how sentiment behaved during successful retests of past bear-market bottoms. His finding? Unfortunately, current sentiment still remains too optimistic for the bear-market low to hold.

The Dow Jones Industrial Average set a new bear-market closing low, as the financial sector continued to decline and investors found little impetus to buy in a flurry of economic data.

The November low for the Dow is an important signal according to Richard Russell, technical analyst and editor of Dow Theory Letters. "I doubt if most of the world understands the supreme importance of this chart [of the Dow]," writes Russell in his Daily Remarks Tuesday.

Dennis Gartman, editor of the Gartman Letter on a visit to Toronto Tuesday concurs.

"There is nothing underneath it, expect for some support at 7100, until 4000," says Gartman. "It could theoretically go all the way. I am scared to death and every day that passes, the odds of that happening are more and more likely."

(The Dow Transports broke through the November low a few days ago and in fact today they were down for the 8th day in a row. That is the worse series so far in this bear market. With the Industrials breaking the low this confirms per Dow Theory that the primary trend is still a bear market. Here are the stages from stockcharts.com...-AM)

Just as accumulation is the hallmark of the first stage of a primary bull market, distribution marks the beginning of a bear market. As the "smart money" begins to realize that business conditions are not quite as good as once thought, they start to sell stocks. The public is still involved in the market at this stage and become willing buyers. There is little in the headlines to indicate a bear market is at hand and general business conditions remain good. However, stocks begin to lose a bit of their luster and the decline begins to take hold.

While the market declines, there is little belief that a bear market has started and most forecasters remain bullish. After a moderate decline, there is a reaction rally (secondary move) that retraces a portion of the decline. Reaction rallies during bear markets were quite swift and sharp. As with his analysis of secondary moves in general, Hamilton noted that a large percentage of the losses would be recouped in a matter of days or perhaps weeks. This quick and sudden movement would invigorate the bulls to proclaim the bull market alive and well. However, the reaction high of the secondary move would form and be lower than the previous high. After making a lower high, a break below the previous low would confirm that this was the second stage of a bear market.

As with the primary bull market, stage two of a primary bear market provides the largest move. This is when the trend has been identified as down and business conditions begin to deteriorate. Earnings estimates are reduced, shortfalls occur, profit margins shrink and revenues fall. As business conditions worsen, the sell-off continues.

At the top of a primary bull market, hope springs eternal and excess is the order of the day. By the final stage of a bear market, all hope is lost and stocks are frowned upon. Valuations are low, but the selling continues as participants seek to sell no matter what. The news from corporate America is bad, the economic outlook bleak and not a buyer is to be found. The market will continue to decline until all the bad news is fully priced into stocks. Once stocks fully reflect the worst possible outcome, the cycle begins again.
Posted by Anonymous Monetarist at 4:48 PM