Fee fau fum ... I smell the blood of a ponzi scum 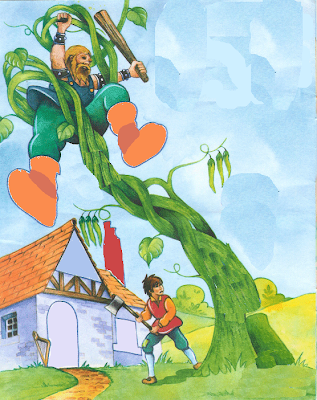 Snouk but and snouk ben,
I find the smell of an earthly man;
Be he living or be he dead,
His heart this night will kitchen my bread.
-Jack The Giant-Killer

"As we allege in our complaint, Stanford and the close circle of family and friends with whom he runs his businesses perpetrated a massive fraud based on false promises and fabricated historical return data to prey on investors," said Linda Chatman Thomsen, Director of the SEC's Division of Enforcement. "We are moving quickly and decisively in this enforcement action to stop this fraudulent conduct and preserve assets for investors."

Rose Romero, Regional Director of the SEC's Fort Worth Regional Office, added, "We are alleging a fraud of shocking magnitude that has spread its tentacles throughout the world."

The SEC's complaint, filed in federal court in Dallas, alleges that acting through a network of SGC financial advisers, SIB has sold approximately $8 billion of so-called "certificates of deposit" to investors by promising improbable and unsubstantiated high interest rates. These rates were supposedly earned through SIB's unique investment strategy, which purportedly allowed the bank to achieve double-digit returns on its investments for the past 15 years.

According to the SEC's complaint, the defendants have misrepresented to CD purchasers that their deposits are safe, falsely claiming that the bank re-invests client funds primarily in "liquid" financial instruments (the portfolio); monitors the portfolio through a team of 20-plus analysts; and is subject to yearly audits by Antiguan regulators. Recently, as the market absorbed the news of Bernard Madoff's massive Ponzi scheme, SIB attempted to calm its own investors by falsely claiming the bank has no "direct or indirect" exposure to the Madoff scheme.
Posted by Anonymous Monetarist at 11:59 AM