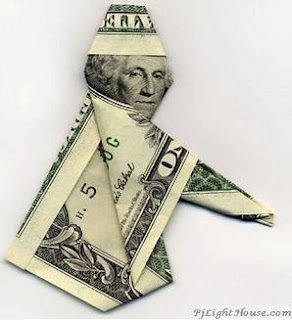 (The other day it was reported that data swat teams were descending on the banksters. -AM)

NY Times : Nearly 100 federal banking regulators descended on Citigroup in New York on Wednesday morning. Dozens more fanned out through Bank of America, JPMorgan Chase and other big banks across the nation....Exams for 18 or so of the biggest banks are set to begin immediately, and the first results could arrive within weeks. They are not expected to be made public for every institution...Regulators plan to assess the potential losses a bank could face over the next two years, rather than the typical one year ... They are also expected to look at banks’ exposure to derivatives and other assets normally carried off their balance sheets ... Their assumptions will be guided on a “worst case” basis.

(One wonders what additional information the Federales can obtain. After all they've had folks stationed on site since Lehman blew up and they already have 'reportedly' full files on the banksters. As I posted on Jan 20th... - AM)

Bloomberg: The U.S. Treasury, under pressure to revive lending, is demanding monthly reports from the banks that received the most capital from the government’s $700 billion rescue program.

Neel Kashkari, the official who administers the Troubled Asset Relief Program, wrote to Citigroup Inc., Bank of America Corp. and 18 others on Jan. 16 seeking figures on business and consumer loans. Treasury also wanted details on purchases of mortgage-backed and asset-backed securities, according to documents obtained by Bloomberg News. Kashkari will stay for a few months after President-elect Barack Obama is sworn in today.

The Treasury also asked the banks for commentary on their lending activity, to provide “qualitative” updates on trends. In addition, the government wants information on secured lending and underwriting of debt and equities. The first report covers data for October, November and December and is due by Jan. 31. Results will be made public. Subsequent reports will be monthly.

(Yeah they said they would be made public, did you see 'em? Nope neither did I. And what do you suppose folks did with all that stuff? Paper origami? So what additional info are the Federales asking for now? Do they have to physcially bring the box containing the stress test on over to the banksters? Don't look in the box! And what stress test are they going to use? The Executive Director of Financial Stability for the Bank of England recently presented a paper on the concept of a 'stress test'... - AM)

FT Alphaville :Risk managers are of course known for their pessimistic streak. Back in August 2007, the Chief Financial Officer of Goldman Sachs, David Viniar, commented to the Financial Times:

“We are seeing things that were 25-standard deviation moves, several days in a row”

When I tried to calculate the probability of a 25-sigma event occurring on several successive days, the lights visibly dimmed over London and, in a scene reminiscent of that Little Britain sketch, the computer said “No”.

(So, is this 'stress test narrative' a cover to delay the process?, a method to sweat out the banksters?, with the idea I've postulated that the vaguer the cheaper and that they'll take a nickel for nickel when it is an offer they can't refuse? Even the WSJ asked today if this announcement was 'pure theater'. Methinks Barry is looking to hustle the hustlers.- AM)
Posted by Anonymous Monetarist at 1:29 PM