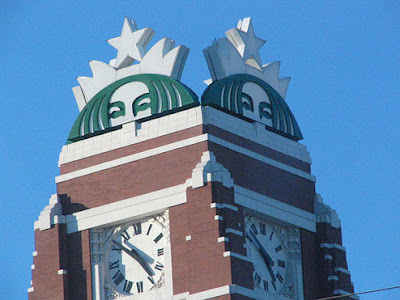 Lord Mandelson, the Business Secretary, has attacked the chairman and chief executive of Starbucks, the American coffee giant, in a foul-mouthed tirade for talking down the British economy.

Howard Schultz, who built the coffee chain which is now struggling in America, said in a television interview last night: “The concern for us is Western Europe and specifically the UK. The UK is in a spiral.”

Lord Mandelson later said, within earshot of journalists: “Why should I have that guy running down the country? Who the **** is he?”.

The Business Secretary hinted that Mr Schultz was deflecting attention away from Starbucks’ domestic travails. The Starbucks juggernaut went into reverse for the first time last year and in January it announced that it was to close another 1,000 poorly-performing stores.

He said: "How the hell are they doing?”
Posted by Anonymous Monetarist at 4:26 PM