Ask not what you can fund for your country... 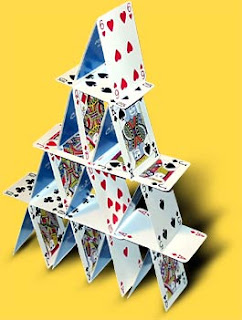 Fannie Mae and Freddie Mac, the mortgage-finance companies seized by regulators, may need more than the $200 billion in funding pledged by the U.S. government if the housing market continues to deteriorate, Federal Housing Finance Agency Director James Lockhart said.

The companies’ needs will depend largely on the direction of home prices, Lockhart said in an interview in Las Vegas yesterday. His comments followed statements from Fannie Mae in November and Freddie Mac Chairman John Koskinen last week that the government’s funding commitment through 2009 may fall short of what the companies need to make good on their obligations.

“When we sized the amount in September, we obviously looked at stress tests and what was happening in the marketplace,” Lockhart said. “There’s been some significant events since then that weren’t in our forecast.”