Cheeerleader's near miss with the Dark Side 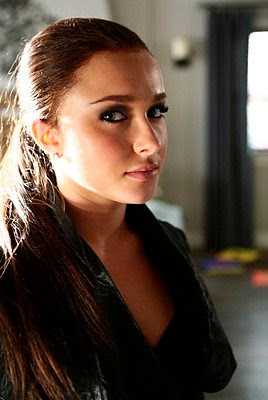 (Kopin Tan at Barron's is an unabashed cheerleader. When one reads his columns it is hard not to hum Monty Python's 'Bright Side of Life'. Even he though played horeshoes with the dark side today. -AM)


During recent recessions, the S&P 500 slumped to roughly 12 times what companies earned in the preceding year. (That is misleading, for example the U.S. economy was in recession from March 2001 to November 2001, a period of eight months. In December 2001 the trailing PE of the S&P was 30... if memory serves.-AM) Today, the market is still trading near 16 times earnings(Uh the math suggests that at S&P of 770 16X gives earnings of $48? -AM) that, and those earnings are still falling. If the market hews to the historical script, and S&P 500 companies manage to earn $50 a share this year (If earnings are falling and you are using $48 to start out with how do you get to $50? -AM), the benchmark's true value could be closer to the 600 mark. (Is it just me or is the consensus right now that oh we'll test the lows but maybe it can go to 600 -cause you know low interest rates give ya' higher historical PE at bottom- and then its' back to milk-and-honey time... just sayin'-AM)

The picture grows even more daunting when one considers the price-to-earnings multiples following major market crashes. John Roque, Natixis Bleichroeder's chief market technical analyst, counted just four prior instances in the past 127 years when the market's multiple climbed above a pricey 20 times and then buckled. Each time, stocks didn't bottom until the price-to-earnings multiples had retracted to the single digits -- say, 5.6 times in June of 1932, or 6.6 times in the summer of 1982. (Come to the dark side my young padawan.-AM)

Compared to these historical troughs, however, inflation is far more benign today, and although consumer prices ticked up a smidge in January, they remain essentially flat compared to a year ago. (Oh really? Inflation was benign in 1932? That's interesting I thought there was a Depression going on back then. Inflation in 1982 was 4%.I think he wanted to say low interest rates, but with zombie banks,zombie consumers and an obliterated shadow banking system,it's 'neither a lender or borrower be' time. -AM)