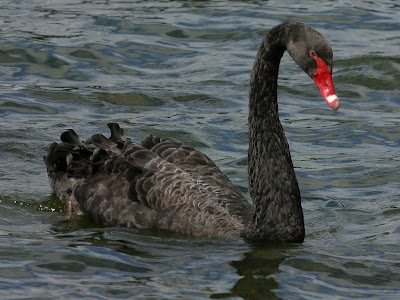 One of the arguments one hears in the compensation debate is that the bonus system used by Wall Street – as John Thain, former Merrill Lynch chief executive, put it – is there to “reward talent”. While I find this notion of “talent” debatable, I fully agree that incentives are the heart of capitalism and free markets – but certainly not that incentive scheme.

In fact, the incentive scheme commonly in place does the exact opposite of what an “incentive” system should be about: it encourages a certain class of risk-hiding and deferred blow-up. It is the reason banks have never made money in the history of banking, losing the equivalent of all their past profits periodically – while bankers strike it rich. Furthermore, it is thatincentive scheme that got us in the current mess.

Take two bankers. The first is conservative. He produces one annual dollar of sound returns, with no risk of blow-up. The second looks no less conservative, but makes $2 by making complicated transactions that make a steady income, but are bound to blow up on occasion, losing everything made and more. So while the first banker might end up out of business, under competitive strains, the second is going to do a lot better for himself. Why? Because banking is not about true risks but perceived volatility of returns: you earn a stream of steady bonuses for seven or eight years, then when the losses take place, you are not asked to disburse anything. You might even start again, after blaming a “systemic crisis” or a “black swan” for your losses. As you do not disgorge previous compensation, the incentive is to engage in trades that explode rarely, after a period of steady gains.

Here you can see that this mismatch between the bonus payment frequency (typically, one year) and the time to blow up (about five to 20 years) is the cause of the accumulation of positions that hide risk by betting massively against small odds. As traders say, they have the “free option” on their performance: they get the profits, not the losses. I hold that this vicious asymmetry is the driving factor behind investment banking.

If capitalism is about incentives, it should be about true incentives, those resistant to blow-ups. And there should be disincentives to remove the asymmetry of the free option. Entrepreneurs are rewarded for their gains; they are also penalised for their losses. Now, by comparison, consider that Robert Rubin, the former US Treasury secretary, earned close to $115m (€90m, £80m) from Citigroup for taking risks that we are paying for. So far no attempt has been made to claw it back from him – only UBS, the Swiss bank, has managed to reclaim some past bonuses from its former executives.

For hedge funds and medium-sized companies, the incentive problem might be a simple governance issue between private entities free to choose their contract terms. However, when it comes to banks and other “too big to fail” entities, the problem is severe: we taxpayers in our respective countries are funding these global monsters and are coughing up money for mistakes made by bankers who retain their bonuses and are hijacking us because, as we are discovering (a little late), banking is a utility and we need them to clean up their mess. We, in fact, are the seller of that free option. We should claim it back.

The Obama administration has been trying to set compensation limits for banks under the troubled asset relief programme. But this is insufficient. We need to remove the free option. Beware the following situations.

First, those who are taking risks even outside Tarp or society’s protection can still be gaming the system – since their risk-taking can result in a collapse, with the taxpayer having to step in. For instance, Goldman Sachs, the US bank, might want to avoid the limits on executive compensation for its managers. That should be fine so long as society does not have to bail out Goldman Sachs (or, worse, its creditors) in the future.

Second, Vikram Pandit, Citigroup’s chief executive, while claiming to want to earn one single dollar a year in compensation unless the bank returns to profitability, is still getting a free option given to him by society. He does not partake of further losses; we do.

Third, leveraged buy-out companies used the free option by borrowing heavily from the banks and taking monstrous risks: they get the upside, banks (hence we taxpayers) get the downside. These partnerships made fortunes in the past on deals that society will have to bail out. They too should have their past profits clawed back.

Indeed, the incentive system put in place by financial companies has produced the worst possible economic system mankind can imagine: capitalism for the profits and socialism for the losses.

Finally, I was involved in trading for 21 years and I can testify that traders consciously play the free option game. On the other hand, I worked (in my other job as risk adviser) with various military organisations and people watching over our safety. We trust military and homeland security people with our lives, yet they do not get a bonus. They get promotions, the honour of a job well done and the disincentive of shame if they fail. Roman soldiers signed a sacramentum accepting punishment in the event of failure. This is prompting me to call for the nationalisation of the utility part of banking as the only solution in which society does not grant individuals free options to look after its risks.

No incentive without disincentive. And never trust with your money anyone making a potential bonus.
Posted by Anonymous Monetarist at 10:23 AM