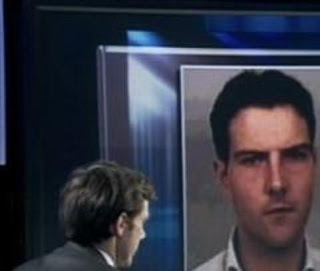 (Stop me before I trade again? )

Jerome Kerviel, the French trader accused of losing almost €5 billion (£4 billion) at Société Générale, has blamed his actions on his managers.

Speaking publicly for the first time since the end of the investigation into the Société Générale scandal, Mr Kerviel insisted that he could not have gambled away so much without his superiors' knowledge.

"Everything was visible. I took my positions in front of everyone, in front of managers. I wanted to earn money for my bank, all my operations were seen, monitored and controlled," he told RTL radio in France.

"Do you honestly believe a €15 billion operation could go unnoticed and that the bank would ask no questions. For my part, I wasn't hiding myself. I was at the middle of the desk and everyone could see me work."

In his RTL interview, Mr Kerviel alleged that other SocGen traders broke the bank's rules but he said he would not betray their names to police. "One thing you have to keep in mind, is that all of our acts and gestures were overseen in real time. We are all next to each other, and we can hear exactly what each other are saying on the phone," he said. "You couldn't do anything without being seen."

Mr Kerviel admitted that he had made some "bloody stupid mistakes" but said that his supervisors had encouraged him and that on a good day he could make up to a million euros profit through his trading.

"The first trade that I made was for €200,000. My hand was trembling - that's almost the price of a house. After a week I had forgotten the fear," he said. "I allowed myself to fall into a self-perpetuating spiral onto which my bosses poured oil, so that it turned at top speed. At no point did anyone yell 'stop'. I would have liked someone to have said, 'Enough with this stupidity.'"
Posted by Anonymous Monetarist at 11:40 AM